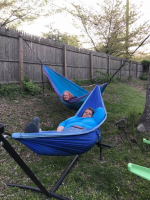 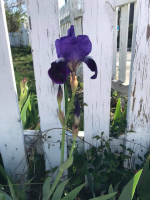 So we’ve been under a stay-at-home directive for eight days now. I thought it wouldn’t make much of a difference—for everyone except North—because we’d already been pretty much sticking close to home, only going out for walks and shopping, both of which are allowed under the directive. The difference for North is that our one-friend rule has been replaced by a no-friends rule, so their almost daily, hours-long rambles with Zoë are a thing of the past. They’re still in touch with friends, of course, as they are a teen with a phone, but it’s not the same as being together. It’s not easy being an extrovert under quarantine.

But even though I’m not the extrovert in the family, I have noticed some differences for me under the slightly tighter rules. I took a daily walk pre-COVID and I do it now, too, but the old walks were often errands (and often led to getting a cup of coffee). I’d amble down to the co-op if we were out of milk, or take the bus to the post office and stroll home, stopping at a coffeehouse or bakery along the way. Now that we’re limiting non-essential trips, grocery shopping is a once-a-week affair that Beth does on Sundays and I don’t do my mid-week re-stocking runs anymore. And last week when I need to mail a packet of non-urgent clippings to Sara, I weighed it on the kitchen scale, found a chart of postage rates online, and used stamps, adding an extra one to be safe and crossing my fingers it would arrive. I miss feeling like I have a purpose when I leave the house (and I miss the coffee). I get a little frustrated with my walks to nowhere, so yesterday I took an hour-long round-trip walk to the library to return a book to the book drop. The book wasn’t even due until May because the library has extended due dates, but I was happier feeling I was going somewhere.

Because Beth drives, she’s the one who’s valiantly handling most of our forays into the outside world. She’s noticed gradual changes in how businesses are operating. At the hardware store, they’re now limiting how many people can be in the store at once. Someone at the door tells you when you can enter. When we ordered takeout pizza from Roscoe’s two and a half weeks ago, you’d go inside to pick it up, but we ordered again on Friday and now they just stack the pizzas on the tables outside the restaurant and you grab it and go without seeing anyone inside. The co-op has switched to an online-order only system. When your order is ready they email you and you drive up into the lot, call out your name, and open the hatch of your car for a store employee to put your groceries in your car. For my part, while I was walking home from the library I looked inside a convenience store and noted the clerk was behind a clear plastic barrier that didn’t used to be there and he was wearing a mask and gloves.

For the most part, we’re settling into our new routines. Noah’s in his third week of online classes and North is in their second. Yesterday was the first day North had any synchronous class meetings and, not surprisingly, there were some bumps. They forgot their art class until I reminded them and missed the first ten minutes. And then their password to get into their English class didn’t work. (They texted a friend who couldn’t get in either, so it wasn’t just them.) Today went better. They successfully logged into all three classes that met via videoconferencing and their Spanish class had nearly 100% attendance. So far, English has been the least well-attended class, at less than 50% attendance.

Sunday night I asked Beth if she ever worries she isn’t doing quarantine right. I’m usually not that susceptible to comparing my life unfavorably to other people’s, based on their Facebook feeds. I realize everyone’s just showing a partial picture and I remember the parts I’m leaving out and assume my friends are doing the same. But now, as everyone’s trying to stay positive, there are a lot pictures of family hikes, home-baked goods, crafts, puzzles, newly started gardens, and home improvement projects. And I start to think, wow, we are really not doing as well as that.

The thing is, I’m trying to stay positive, too. I seem to be doing it mostly with pictures of flowers, because spring is so beautiful here, and it can’t hurt to notice it. (Some of the flowers are even ones I planted myself years ago.) There’s some danger in attaching too much symbolic importance to nature, though. That tulip I showed you in my last post (along with half my tulips) was eaten by deer early last week. Nevertheless, I’m presenting you with a picture of our first iris I took on Friday.

But I keep wondering if we are not being sufficiently wholesome. We’re watching an awful lot of television and North’s on their phone all the time and the kids seem to be trying to subsist on boxed mac-and-cheese and we’re all probably eating too many sweets and not even baking that many of them ourselves—though there was North’s birthday cake, which Beth made from scratch, and Beth and North made a batch of chocolate chip cookies. Despite having the kids more available for chores than usual (neither of them seems all that busy with online school), the house is as messy as usual. But with everyone home all the time, maybe the fact that it’s not worse than usual could be considered a win.

Beth said she didn’t worry much about those things, which makes sense because fretting about media time and nutrition is really more my department. She is more preoccupied with logistical and moral decisions about how to interact with the outside world. Should we wear masks? (North is in the process of making us some. Beth’s is finished and she wore it grocery shopping Sunday.) Is it a good thing we’re supporting a local business by getting pizza every other Friday or is it an unnecessary trip into town? What about going to the hardware store for seed-starting soil so we can get the garden going? Is that really essential? Are we endangering the people who work at these places or keeping food on their tables?

I don’t know if we’re doing this right. But I can tell you a few things North did on Sunday. Knowing how I miss my lattes, they tried to make an approximation from instant coffee, boiled milk, sugar, and vanilla. Then they spent an hour on Caribou, reading stories to their seven-year-old cousin Lily-Mei, creating a joint drawing, chatting, and laughing. Then they dropped Zoë’s birthday present and a hand-painted card off on her doorstep. One of the books they read to Lily-Mei was a Thomas the Tank Engine book about kindness. And kindness—to each other, and to ourselves when we start to get self-critical—has got to be part of how we do quarantine.

Plus, North says watching television and eating ice cream is exactly the right way to do quarantine.