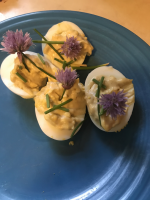 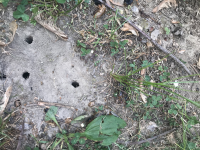 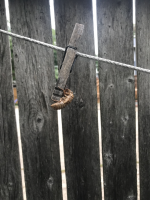 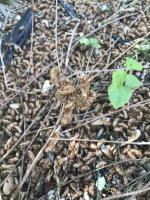 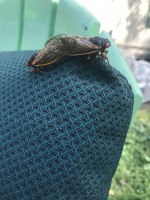 (Not So) Lonely Weekend

Just like a cicada emerging from its tunnel in the ground, Noah left the burrow of our house for a couple weeks. Of the four of us, he’s been the most homebound. He rarely goes anywhere unless we’re all going somewhere, which is how he came to not leave our property from January 18 (when we returned from Ocean City) to March 26 (when we left for Deep Creek). That was the longest stretch. I know this because I’m still keeping a contact log, though I’m thinking I’ll quit in a few weeks when North is fully vaccinated. So, it’s a good thing he got out in the world to visit Beth’s mom in Wheeling.

He turned in his last paper at 12:15 on the second Friday of May. Forty-five minutes later he and Beth were in the car. They drove to North’s school, picked them up and hit the road for Wheeling. North wanted to come along for the ride (and the weekend).

I considered the merits of coming along and staying home. Like the rest of the family, I hadn’t seen Beth’s mom since Christmas 2019 and I enjoy a road trip. But I’ve also had very little alone time in the past fourteen months, like almost none except my daily walks, so I decided I’d split the difference, stay home the first weekend and then go to Wheeling over Memorial Day weekend on the trip to fetch Noah and bring him home. It seemed like a best-of-both-worlds solution.

I still had some work to finish up when Beth and Noah left, but in the late afternoon I boarded a bus and went to downtown Takoma, where I picked up a pizza and some mozzarella sticks at the now poorly named Pizza Movers and moved the pizza myself, to one of the  outdoor tables the city has provided on Laurel Avenue to serve nearby restaurants. There I had an early dinner, followed up with gelato.

And then I went home and read. I read Friday evening and pretty much all day Saturday. I thought I might do some housework or yardwork, but other than menu-planning for the next week, I did nothing domestic. I finished Carmella (I had just a tiny bit left), read all of Later, and finished The Sympathizer. I’d intended to read nine of the remaining fourteen chapters of that book, because my book club wasn’t discussing it for another week and a half, but I was on a roll. I read in the bathtub, in bed, on the porch, in the hammock, and in an Adirondack chair in the backyard, glancing up occasionally to watch the cicadas glide around the yard. (This was five days after they emerged and the first day they could fly. Clumsy on the ground, they are actually graceful in the air.) I cannot tell you how restorative, even joyous, all this silent sustained reading felt. My solitude cup, which had been dry for a long time, was filling up.

By Sunday, I still wanted to read, but not as desperately and I was looking forward to Beth and North’s return in the evening. I went to the farmers’ market and bought two pints of strawberries (my real reason for going, as local strawberries only last about five weeks most years and this was the third week). I also made a few more eclectic purchases—a container of half-sour pickles, a strawberry-yogurt smoothie, a cherry tart, and a basil plant. Once home, I straightened up the living room and dining room and did a little weeding along the fence line. I hadn’t put much effort into making meals—in fact I didn’t eat dinner at all on Saturday—but that night for dinner, my last solo meal, I went to the trouble of making my devilled eggs pretty with chives and chive blossoms, as a final act of self-care.

Beth and North came home Sunday evening and another week began. It was an online week for North and a busy and stressful one for Beth at work.

On Wednesday, after nine days above ground, the cicadas began to sing. It was just a low hum under the birdsong outside, but it got a little louder every day. The next day it was just barely audible inside if you stood next to a closed window. By Sunday morning, thirteen days after emergence, it was loud enough inside that I thought there was a kettle boiling in the kitchen, when it was just the cicada chorus outside. We probably aren’t at peak volume yet, but we might be soon. For one thing, it’s a mating song, and I witnessed a mating pair for the first time Sunday afternoon. North says when they had Maddie over that same day and the two of them were in the yard for hours, they saw a lot of them mating. (North also opined that it was “rude” for one partner to fly off as soon as copulation is over, “even if it’s just a hookup.”) Meanwhile, in addition to mating, they are still lumbering along the ground, sitting on every surface they can find, getting devoured by birds, and flying. Their discarded casings are everywhere.

This is my second time witnessing a Brood X mass emergence. They happen every seventeen years in the late spring, so there have been four in my lifetime. (It’s a different phenomenon from the much more reasonable numbers of annual cicadas we have every July and August.) However, I missed Brood X in 1970 and 1987. In 1970, when I was three years old, my mother and father and I lived in Northern New Jersey, which is in the periodical cicadas’ range, but their habitat is very localized—some places have them while others quite nearby don’t. To illustrate that point, my mom was living in two different suburbs of Philadelphia during the next two emergences, one that had cicadas (Lansdowne) and another that didn’t (Bala Cynwyd). She said in Lansdowne in 2004, there were so many “they darkened the sky.”

In 1987, Beth and I were in college in Northern Ohio, which is not in the cicadas’ range. We’d vaguely heard something about them and as there was no internet back then to provide instant information gratification, for a while we thought we might see them and we were disappointed when it was a bust.

By 2004, we were living in Takoma Park, which is pretty much Cicada Central. Noah was three years old and he was utterly enchanted with the cicadas. He would rush outside every morning to greet them and he’d carefully turn over the ones that got stuck on their backs. It’s partly because I see them through my little boy’s eyes that I love them, I think. And remembering his childish kindness, for a while this year I was the one righting all the overturned cicadas I found, but I had to give it up because there are just too many of them and they are very prone to getting overturned. It’s part of their charming incompetence at being bugs.

Every now and then periodical cicadas mistime their exit. This happened in 2017. It was like a flash mob in our yard that lasted a few days and then they disappeared and then there was another brief breakthrough and then they were gone for good, probably all eaten because they failed to overwhelm their predators with sheer numbers. Well, they were gone until this month. It’s the same cohort. They should be with us until late June or early July, when they’ve all laid their eggs and died. It’s basically a six-week concert and orgy. North says it sounds, “fun, but not worth seventeen years underground.”

Just the Two of Us

In non-cicada news, the next Friday North slept over at Zoë’s. Before we knew when twelve-to-fifteen-year old kids could get vaccinated, we’d come to an agreement with Zoë’s parents that once everyone else in the two households was fully vaccinated, we’d let North and Zoë socialize inside our houses. As it turned out, by the time all four parents and Noah and Zoë’s brother and her foster brother were fully vaccinated, North and Zoë were partially vaccinated. So the first time in fourteen months that North set foot in Zoë’s house for longer than a quick bathroom visit, they stayed the night.

And since Noah was still in West Virginia, that meant Beth and I were on our own from five p.m. Friday until ten-thirty a.m. Saturday. We worked until six-thirty and then went out for pizza, rather than get takeout or delivery. It was a pretty day so we walked to downtown Takoma. It was my first time at a restaurant with table service since the pandemic started. (Beth and North ate at one when they went camping earlier this spring.) Even though we were eating outside, it was still a little strange. I think eating inside a restaurant will be even stranger, whenever that happens.

We walked home from the restaurant and Beth watered the garden while I attacked the sink full of the day’s dirty dishes. Then we watched the first half of Ammonite and finished it Saturday morning while I ate my breakfast of oatmeal with blueberries, a soft-boiled egg, veggie sausage, and mug of milky tea on the couch. Beth said it was like a glimpse of empty nest life, but I thought it could be we’d just forgotten what life with one teen (who sometimes has weekend plans) was like. We did live that life for most of a school year in the Before Times. Either way, time alone with Beth has been in as short supply as time alone, so I was deeply grateful to get so much of each in consecutive weekends.

And next weekend I get to take road trip and see my mother-in-law and son.