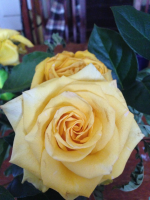 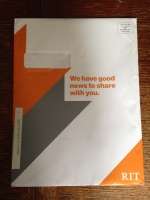 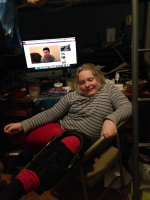 “This will be a memorable Valentine’s Day, even if it’s not the best one,” North commented as we ate our Valentine’s Day dinner of tomato, cabbage, and rice soup with heart-shaped grilled cheese sandwiches. They were wearing a large new brace with a hinge and a cutout for the knee on their left leg.  They fell on some wet pavement in front of their school Monday morning and fractured the growth plate at the top of their left tibia, though it took several days to get the right diagnosis.

At first we thought it was a sprained knee and not even a severe sprain as they could put a little weight on it. But it wasn’t better after two days and a night and they needed a doctor’s note to keep using the elevator at school, so Beth took them to urgent care on Tuesday night. The doctor there thought it was a fracture, but the radiologist who read the X-rays the next day disagreed. By Thursday morning, we had a more definitive opinion from an orthopedist who had examined North and person and seen the X-rays and he said it was fractured in a different place than where the urgent care doctor had thought. This was the same orthopedist we saw when North was breaking bone after bone in fifth grade (with some sprains thrown in for variety). I desperately hope we are not on the cusp of another series of orthopedic injuries, but in case we are I’m glad the doctor is familiar with North’s case history.

North was out of school for the first two periods at the orthopedist the morning of Valentine’s Day, so they missed getting candy from any friends who brought some in because apparently it was all distributed by the time they got to school. I wasn’t that sorry for them as North hadn’t brought any candy to school for anyone else and they got white chocolate-strawberry truffles and gummy cinnamon hearts at home later in the day.

North’s gift to the whole family was a bouquet of four yellow roses, one for each of us. We’d discussed this plan before they were injured so I decided to go to the florist and buy them myself while I was out on Valentines-related errands on Tuesday morning because I thought when they got home from school they’d rather rest, rather than going out into the cold rain on crutches in search of flowers.

In lieu of their normal chores, I had them do KP for dinner every night from Monday to Thursday, seated at the dining room table with a big cutting board, a knife, and a pile of vegetables, fruit, and/or herbs. Some days I didn’t need much chopped and this was a very short chore, but on Valentine’s Day it was more involved. They chopped vegetables for the soup, including a big pile of cabbage, and then they juiced half an orange and sectioned five and a half more, grapefruit-style, to get the flesh free of the membranes. (The only reason I didn’t have them zest two more oranges was that I forgot I needed those until after they’d left the table.)  I was making an orange pound cake with chocolate whipped cream as a Valentine’s dessert.

We exchanged cards and gifts after dinner. Some of the cards were funny like the one from me and Beth to Noah of waffles holding hands that said, “We love you a waffle lot,” and some sweet, like Beth’s to me with stars in a heart shape that said, “You are the stars in my sky.” In addition to the roses, there were three pairs of socks with hearts on them for North, a long sleeve tie-dyed t-shirt for Noah, a Starbucks card for me, a loaf of chocolate-cherry bread for Beth, and candy for everyone. So there was some sweetness in the day for everyone, despite our youngest being hobbled again. And North didn’t let the injury stop them from going about their normal routine at school, rehearsal for the school play, honors chorus rehearsal, therapy, practice for their youth TED talk, or church. It would take more than a broken leg to slow down this child.

It was a good week for Noah, too. He got into RIT, which Beth knew before anyone else because she has access to the email account he uses for communications from colleges. (This was the first time an email has come in advance of the letter. When you open it you see the letter that’s coming in the mail with confetti graphics streaming across it. It was quite festive.) Beth was waiting for him to discover it on his own, but she finally suggested he check his mail on Wednesday evening. The official letter came on Friday.

On that same day he got another letter informing him he was a National Merit Scholarship Finalist, which was welcome news indeed, because it will probably mean money for college, and possibly significant money, depending on how the college he eventually chooses rewards that distinction. I’d been forcing myself not to open the National Merit letter since it arrived that morning, five hours before he got home from school, so of course when he did get home, he drew out the suspense by opening it after a Valentine from my mom and the RIT letter, which had “We have some good news for you” printed right on the envelope, in case he’d forgotten the email.

So now he just needs to hear from BU and to find out whether he was admitted to the honors college at RIT and more about scholarships and need-based aid at various colleges and he’ll have all the information he needs to make his choice. Some days it seems strange that we’ll know where he’s going to college in a two and a half months at the latest and other days it seems that’s a long time to wait, given that this whole process started in March of last year.

After opening all that happy mail, we read a little of our new book, Welcome to Night Vale, and then he drummed for an hour and a half. Practicing that long is usually a sign he’s in a good mood, so I was happy to hear it. Second semester continues to be a slog for him—it’s looking like it’s not going to be an easy one after all—so it’s good for him to see the tangible rewards of all his hard work.

We’re two days into a long weekend. Noah’s been working most of the time, of course. What else would he do? But we’ve also enjoyed a few small pleasures. We all watched the penultimate episode of A Series of Unfortunate Events on Friday night; Beth, North and I watched One Day at a Time last night; and the kids watched Dr. Who together this morning. I had a nice talk with my sister on the phone yesterday and swam some extra laps at the pool today. Beth made soft tacos with homemade queso and avocado cream for dinner tonight and she’ll make pancakes or waffles for President’s Day breakfast. It’s a tradition. We have a lot of those in our everyday life, and when you’re in the right frame of mind, those comforting rhythms can seem like a valentine, sometimes a funny one, sometimes a sweet one.