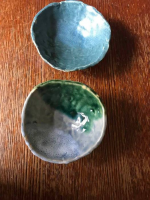 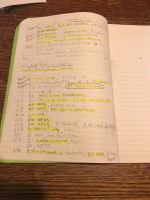 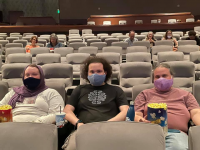 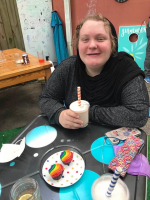 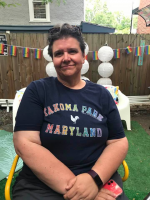 Beth asked me recently when I’d take the Coronavirus Chronicles subtitle off my blog posts. At the time, North was still in hybrid school so it seemed the pandemic was still having a noticeable effect on our day-to-day lives. Now school’s out and it’s expected to be 100% in-person for the next school year and most (but not all) of the camps North would normally attend are a go this summer, so their life is creeping back to normal. Noah’s still living at home, but he’d probably be here for the summer even if the pandemic had never happened. Beth’s still working from home, except for roughly one day at week when she goes into the office. So I may keep the designation on my posts until September, when Beth goes back to the office full time and both kids are attending school in person. I think that’s when things will feel truly normal again.

Things are trending in that direction, though. As of Thursday, we’re all fully vaccinated, which means we’ve been doing things like going to Ikea to browse and sit in chairs instead of just ordering one online (Wednesday), going to the movies (Thursday), and attending a large, partly indoor party (Saturday). Plus I’ve stopped keeping my contact log, as of a few days ago. All these things feel deeply strange, but in a good way.

The end of the school year was a little anticlimactic. There was none of the normal end-of-the-year bustle of concerts, plays, award ceremonies, or other special events to attend. The last couple of days of school are always light on academics and heavy on parties and movies, but even that was different. North’s last day was Tuesday. They had a Japanese oral exam on the Thursday before that and on Friday they took a biology exam and glazed their last piece of pottery. And then on Monday and Tuesday literally nothing happened. Their English teacher had promised to screen a film version of Romeo and Juliet, but for some reason didn’t. They just had to check in and out of each class for two days, except for history during which the students chatted with the teacher about things like what their Hogwarts houses were. I asked if that seemed like a party, sitting around making casual conversation, and I got a firm no. The lack of activity of any sort, academic or otherwise, was disheartening and seemed emblematic of all the lost opportunities of this year. But I’d be remiss if I didn’t note that going to school in person, even part-time, made the fourth quarter the best one of this strange school year for North. It helped them engage more than they had earlier in the year.

Thursday we went to see In the Heights to celebrate the first day we were all fully vaccinated. If you’re local, it’s playing at AFI, which has recently re-opened, and we saw it in the main theater with the big screen and the art deco decorations, which was a perfect atmosphere for our reintroduction to movie theaters. It felt downright festive to sit in a dark, cavernous space and eat popcorn we didn’t make ourselves and watch a movie with people not related to us.

Saturday afternoon Beth, North, and I went to the new bubble tea place in downtown Takoma because they were serving rainbow boba in the tea for Pride, but I guess you had to request it because while other people had multi-colored boba, ours were the standard black. We got rainbow-frosted cupcakes, though, and there were rainbow flags all over the patio, so there was no dearth of pride there. (Or anywhere else in downtown Takoma, which is festooned with pride flags of all sizes and which has multiple rainbow crosswalks. Just walking down the street is like a party.)

From bubble tea, North and I went straight to a real party at Zoë’s house, while Beth headed to a goodbye party for a colleague. We had two parties at the same time– that’s how celebratory things are getting around here– so we had to divide and conquer. North’s actually attended a lot of birthday parties recently, even before being fully vaccinated—two I can remember this month, plus a quinceañera, and an end-of-school party. (Between North going to school and socializing in larger groups or our trip to Wheeling in late May or maybe from taking the bus more often, I caught my first cold in sixteen months a couple weeks ago. It was mild and totally worth it.)

The party was nice. I saw a lot of people I hadn’t seen in a long time, parents of North’s friends from elementary and middle school, and we talked about how we’d weathered the pandemic, what our kids were up to, work, and summer plans. People played cornhole and jenga and some of the adults got a bit tipsy. We arrived around three and by six I was feeling like I’d had enough and I was considering leaving North there and going home, but a lot of people left around then and it started to feel more intimate and introvert-friendly. We ended up staying past ten, when Beth swung by from her party to take us home.

North’s first camp starts tomorrow. It’s musical drama camp, the same one they’ve attended every year since they were five.  It’s being held in a neighborhood park, as it was last summer, and considerably scaled down (a week of four-hour days instead of the two weeks of six-hour days it ran pre-pandemic). They’re doing West Side Story, not a production of the play so much as a revue of songs from it, as they did for Pirates of Penzance last year. I’m glad it’s happening at all, though. It’s largely the same group of kids who come back every year and it will be good for North to see them again.

Chorus camp is cancelled for the second year in a row and it’s the last year North would have been able to attend, as it’s for rising fifth-to-tenth graders, so that’s sad. But their sleep-away camp is on and I think that’s the one North cares about most. They’re also going to volunteer as a counselor at a tinkering camp at their old preschool for the first time and they’re excited about that. North attended this camp for several years when they were in elementary school and Noah’s been a counselor there, so it’s a family tradition.

For me, the most exciting part of our (almost) post-pandemic summer will be seeing my mother, sister, brother-in-law, and eight-year-old niece, and Beth’s mom and possibly her aunt, when we share a big house at the beach for a week in mid-July. It will be the first time I’ve seen my extended family in two years. I hope your summer is also full of festivities and joyous reunions. Happy solstice!