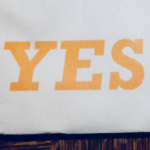 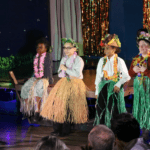 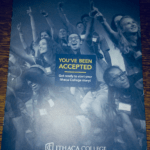 Noah applied early action to UMBC and Ithaca College. The UMBC application was due earlier—he was working on it on Halloween before and after trick-or-treating—and the notification was supposed to be in “late December,” but I’d seen so many of you posting pictures of your kids’ college acceptance letters I wondered if it might come early and it did.  There was no mystery about what was inside. “YES” was printed in gold letters on the outside of the envelope. The mail came late that day and Beth brought it in with her when she came home from work.

We took it in to Noah’s room, but he wasn’t that excited about it, as UMBC was his safety school. In fact, Beth had to prod him to open it so we could see if there was anything about aid in the package. There wasn’t. I was happier than Noah was, not because I’d been in much suspense about whether he’d get in to UMBC, but because it felt like the ball was rolling now. And UMBC is a solid, affordable choice, if maybe a little too close to home.

Two days later we went to closing night of Peter and the Starcatcher to see North in the younger cast. These actors were in third to seventh grade, so the performances were not as polished as those from the older cast, but the play was still fun. The principal characters, Peter and Molly, were well acted. The actor playing Peter brought out a whole different side of the character and his growth over the course of the play. And we all loved North’s melodramatic death scene as Slank.

This is what he says as he drowns:

Oh, the waves swallow me up in a great shroud of sea. And the sharks start nibbling at me feet, just like me mother’s kisses. Mother! You left me on the steps of a tattoo parlor, wrapped in a half-eaten bag of fish and chips, round me neck a note: Orphan Bill Slank, too wicked to end well!

They delivered these lines just perfectly as they flailed on the stage floor under a strip of undulating blue fabric meant to represent waves.

Beth pointed out later that North had a good almost-death scene as the Beast in Beauty and the Beast a couple summers ago. And I added if they want to do it again, Highwood is doing MacBeth next spring and no matter what role they play they have a decent chance for an on-stage death.

North was also quite animated and charming as Fighting Prawn, though the whole native-culture-as-comic trope bothers me, even though F.P. is sympathetic and given good reasons for his hostility toward the English. The script does comment critically on British colonialism during the time the story takes place and it’s definitely an improvement of the treatment of the Indians in Peter Pan, but still…

After the show, North was a bit sad about not seeing their friends in the cast for a while. There’s always a bit of a letdown afterward, but we’re all enjoying getting to bed on time and having North home in the evenings. Well, at least until Honors Chorus starts next month, but that’s only one evening a week.

On Tuesday, I brought in the mail and noticed a large, plain envelope from Ithaca. Because Noah had only applied there a couple weeks earlier—while we were at the beach for Thanksgiving—and wasn’t supposed to hear from them until early February “at the latest,” which I took to mean sometime in January at the earliest, I thought it was just more in the stream of college mail he gets more or less constantly and in envelopes of all sizes. Most of these he never looks at, so I opened it in case it had anything interesting in it. (Boston University recently sent some relevant information about scholarship opportunities for National Merit semifinalists that sat unopened for a long time before I opened it.)

Anyway, you know what was in the envelope because I told you in the first paragraph of this blog post. He got in to Ithaca. I told him when he got home. And this time he was happy because Ithaca is tied with R.I.T. for his top choice. He gave me a big hug and we did a little dance together. It wasn’t even until about fifteen minutes after he got home that we noticed another letter behind the first one in the folder, offering him a merit scholarship for students in media, named after Rod Serling, who used to teach at Ithaca. His archives are there as well. It would cover about a third of his tuition. If he goes there, we will have to call it his Twilight Zone scholarship. (It’s better than Agent Orange scholarship, which is what a college friend of mine who majored in chemistry and had a scholarship from Dow Chemical called his.)

Noah’s also applied to Boston University—he just sent that one in last weekend—but now he’s considering winnowing down his list. He may just apply to R.I.T. and forget the rest, which would make for a more relaxed winter break and January. Either way, he’s taking flight, as we watch fondly and proudly.