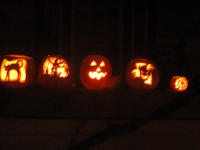 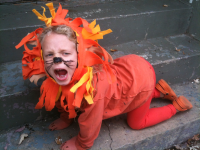 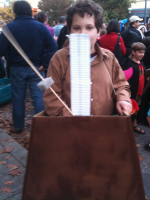 The line for early voting at the Silver Spring Civic Center on Saturday was long, jaw-dropping long.  It snaked through the plaza in front of the building, around the corner, down a block, around another corner and past the Whole Foods and it was still rapidly growing in the direction of the parking lot once we found the end of it.

My mother, who was visiting for the weekend, predicted in dismayed tones that it would take two hours to vote if we got into the line.  Beth offered to drive Mom, June and me home and return. She was determined to vote because she was afraid Hurricane Sandy, due to arrive on Sunday or Monday, might cancel the rest of early voting and she didn’t want to stand in long lines on Election Day, a work day for her.

I hesitated, and suggested everyone but Beth go to Starbucks to buy some time to consider our plan.  We’d see how far Beth had progressed when we were finished and decide how to proceed from there. I wasn’t going to make Beth get out of line after a long wait, but the rest of us could go home on the bus, an option that was looking attractive as I considered the line. Mom was amenable to the Starbucks plan because she hadn’t had any coffee that morning. We’d been rushing to get out of the house by 8:45 for June’s gymnastics class and the coffee pot Beth and I never use had been temporarily mislaid.  So Mom, who suffers from insomnia and had not slept well the night before, was in need of caffeine and I’m never one to say no to a latte so we left Beth and went in search of coffee, chocolate milk and pastries.

We took our time and when we got back Beth was almost to the plaza so I decided to stand in line with her for a little while and see how things went.  Mom and June settled down to sit on a low wall. Mom started reading a Ladybug magazine to June. (I have been gradually handing these down to my cousin Holly’s four-year-old daughter since June reads Spider now, but we still have a few around and she does still like them.)

By the time we could see the blue no-electioneering-beyond-this-point line up ahead I knew I couldn’t turn back even if the line inside the building was also long. I went to confer with Mom about whether she wanted to stay or take the bus home.  In Starbucks, she’d just told me a long, detailed story about getting lost between a parking spot and a nearby restaurant and ending up the wrong borough on recent trip to New York with her sister, which made me hesitate just slightly about putting her on a bus with June, but the 17 goes right from the block were they were sitting to our doorstep and June knows the route so I would have let them go.

She asked what I thought they should do. She didn’t seem set on going home so I suggested they swing over to the farmers’ market that was in progress just steps away and buy some apples and we’d meet them back there.

Eventually, Beth and I breached the perimeter of the Civic Center.  The line did twist around in there, too, but it didn’t take too long to get in sight of the voting booths.  Because throughout most of the experience I’d been considering bailing and voting another day and I was preoccupied with the decision and the logistics of who would stay and who would go and how they’d go I had given very little thought to what I was actually doing.  It was the sight of those booths that jolted me into remembering. I was here to vote, on various offices and ballot questions, but most importantly for the re-election of President Obama and for Question 6, which would allow gays and lesbians to marry in Maryland.

After we voted, I found Beth in the lobby and, holding hands, we walked outside into the festive atmosphere of a warm October Saturday afternoon in downtown Silver Spring with the flea market and farmers market in full swing and crowds of our fellow Marylanders in line for their turn to exercise their franchise.  Mom was right. It did take two hours to vote. It was worth every minute.

After lunch at Panera–“Does this make us Panera voters?” I asked Beth — we went home to put the finishing touches on June’s lion costume (she sewed the tail herself!) in time for the Halloween parade that afternoon and to carve jack-o-lanterns. Mom participated in the pumpkin carving and used a pattern for the first time.  (Hers is the arch-backed cat.)  I decided to go with a quicker, traditional jack-o-lantern face so I could get a jump on dinner preparations.  The parade starts at five, which always presents us with a dinner timing challenge.  Do we want to eat at 4:30, or after June’s bedtime?  Some year we should make sandwiches to eat as we walk, but this year we were having pumpkin pancakes. Noah and I cook together on Saturday nights and he picks the recipes. He’s been on a pumpkin kick recently—pumpkin muffins, pumpkin bread and now pumpkin pancakes, always with fresh pumpkin, never canned.  I decided the thing to do was make the pancakes ahead of time, feed June before the parade and have everyone else eat reheated pancakes after she was in bed.

We drove to the start of the parade route and everyone but Beth got out of the car, while she drove it to the end of the route and walked back.  Mom took June to the area where the five-to-seven year olds were assembling and I accompanied Noah to area for the eleven and twelve year olds, and silently sized up the competition.  It’s the smallest age group so I thought he might have a chance at reclaiming his costume contest glory of last year (“The Curse of the Mummy’s Hand” 11/1/2011).  There was a kid dressed in the trademark Steve Jobs black turtleneck and jeans with a poster board iPhone screen full of app icons hanging from his neck, another one in a big rubber horse mask wearing a fedora and a trench coat, but no other serious contenders for Most Original.  And Original is the prize you’re gunning for if you show up dressed as a metronome.  A few ninjas and knights came over to Noah and asked him what he was.  He got that question quite a few times (and he was nice enough to give a patient, age-appropriate explanation to a curious preschooler). There were a few people who guessed without prompting however, some took his picture, and a girl in his age group wearing silver face paint said “A metronome. Awesome.”

The parade made its way through its initial loop up and down one block, which is where the judging takes place. No official asked Noah or June for their names so we had a pretty good idea they were not in the running for a prize.  Noah didn’t seem too disappointed.  He’s easy-going that way. The parade then made its leisurely way through the streets of Takoma Park, to the local elementary school where the Halloween party is held.

We heard the Grandsons perform and waited to hear the contest results. I watched June’s face as the winners in her age group were called and I thought I saw a flash of disappointment when she didn’t win anything, but there were some pretty good costumes in her group, including a boy who had a shirt rigged up so he appeared to be carrying his own head.  The horse, a horse detective apparently, took the original prize in Noah’s age group.  I liked the iPhone and thought if Noah couldn’t win, he should have but those are the breaks. (Later when this boy won the contest to guess how many candy corns were in jar I was surprised to learn it was his best friend from preschool—still lanky and blond but so much older than the last time I’d seen him as to be unrecognizable.)

The group costumes are always fun. The two most memorable winners were the family that came as a power outage and another one that came as the debates.  The members of power outage family (which included a classmate of June’s) were dressed in black, one of them was a darkened light bulb, another was an open freezer full of melting food and one was a utility company worker. They won scariest, which was appropriate, considering Sandy is headed our way. The debates had people in Obama and Romney masks, a little girl dressed as Michelle Obama. Big Bird, and, of course, a binder full of women.  On the way out the door, we picked up cups of apple juices, cookies and small bags of candy on and another Halloween parade was over.

Mom left this morning, and we spent much of the day preparing for the storm. We did two loads of laundry, ran the dishwasher, roasted pumpkin seeds and froze jugs of water. Noah vacuumed and we all charged our electronic devices and Noah and printed the papers we needed to do homework and work once the power goes out. Beth and June secured loose items in the yard, re-arranged items in the basement in case of flooding, and with great sadness, took down our elaborate collection of Halloween decorations so they could live to grace our yard another year.  And then we all watched It’s the Great Pumpkin, Charlie Brown while we still had a working television.

It’s looking like a big one. School is canceled for Monday and Tuesday and Metro is shutting down some time tonight, so Beth’s not going to work tomorrow. I have been joking that perhaps this hurricane is the gathering storm the right wing warned about in those silly, anti-gay marriage ads.  If it’s a sign Question 6 is going to pass, though, I’ll take the storm, however inconvenient.

As much as possible, we are ready for the storm, whatever it brings. And as June pointed out, seeking reassurance, I think, even if Question 6 does not pass it will be okay because we’ll still be a family.  And we will, no matter what scary things the weather or politics blow our way.