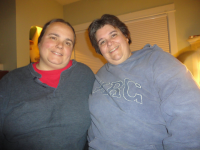 One result of voting early was that I didn’t have much to do on Election Day and I had a lot of time to fret. The kids had the day off because some schools are polling places.  They’d had the day before Election Day off as well because there’s always a grading day for teachers between the quarters. Taking into account the hurricane, these two days off, teacher-parent conferences next week, and Thanksgiving the week after that, the kids have a whopping six full days plus three half-days off in November. Basically, they’re barely going to school and when they are in school, I am usually at the dentist. I broke a tooth several weeks ago and I am in the midst of six (yes, six!) appointments to perform a root canal, reshape the remaining tooth and put a crown on it.  Appointment number four was today.

Monday the kids and I had a remarkably pleasant and productive day.  June tidied up the kids’ room and I set Noah to work cleaning old school papers off the computer desk he and Beth most often use. Then June and I weeded along the fence line of our property. June did a little raking, too, because it seemed to her a more seasonally appropriate activity. Noah answered some essay questions about Animal Farm and practiced percussion.  June had a play date with a nursery school friend and while she was thus occupied Noah and I read a couple chapters of Artemis Fowl: The Last Guardian. By 3:30 everyone was ready for a movie, so Noah made popcorn and we watched Mulan II.  I picked the last of the basil in the garden (a half-cup gleaned from a half dozen plants) for tortellini with pesto-cream sauce.  The kids barely argued all day and I felt calm and content.

Well, we couldn’t have two days like that in a row.  It would have upset the balance of the universe or something. The kids were fighting almost as soon as Beth was out the door on Tuesday.  I took them to Starbucks thinking an outing might do us all good.  They decided to order a bagel with cream cheese (June) and a tomato-mozzarella panini (Noah). “It’s not really a panini – it’s just a sandwich,” he proclaimed. And he was right- there’s no press involved.  I praised them for picking healthier options than pastry and Noah pointed out he had a lot of Halloween candy left and he needed to pace himself.  Starbucks was packed, but I noticed hardly anyone was wearing an “I voted” sticker (though I did see one on the sidewalk outside the shop). I wondered why. Surely my deep blue town was not going to fall down on the job. We had a President to re-elect and gay marriage to legalize.  Of course, I wasn’t wearing an “I voted” sticker either, having voted a week and a half previous.

Back at home, Noah did more homework, we read more Artemis Fowl, June re-watched Mulan II and we did more yard work. I weeded; Noah raked and used the wheelbarrow to transport leaves to the back of the yard where he made a pile I could use for composting. I was feeling antsy and wanting to leave the house again but we needed to wait for the plumber to come fix a leaky toilet and for delivery of new mattresses for the kids’ bunk beds. Before their windows of arrival I snuck in a nap in case I felt like staying up past my bedtime watching election results.

It wasn’t a bad day by any stretch of the imagination.  The kids fought more than on Monday, Noah was less focused and had more trouble completing his homework and I was unable to secure a play date for June so she kept saying she was bored but they didn’t kill each other and the homework got done and June found ways to occupy herself.  She did a craft from Spider Magazine.  She made a fan and pretended to be a Chinese princess. She went down the block looking for neighbor kids to play with and ended up watching two older boys playing soccer. Mostly I was just impatient for the day to be over, to know the answers.  And I missed Beth all day. I felt it would be better when she was home.

I made a green tomato casserole with most of the remaining green tomatoes in the garden. While I prepared it, NPR played a snippet from Tom Petty’s “The Waiting (is the Hardest Part).” Now there’s just about the most appropriate musical selection they could choose, I thought.  Beth brought in the mail when she came home and there was a wedding catalog. She said she hoped it was a good omen.

After June was bathed and in bed I asked Noah if he’d like to watch a little election night coverage and he said yes, seeming surprised.  Beth and I hardly ever watch television.  We barely even watched the Olympics this summer (which I regret) but I wanted to experience this together, not in different rooms, all looking at different computer or iPad or phone screens the way we so often do in the evenings. However, I also did not want to turn on the television until his backpack was packed and he was ready for bed because if he got sucked into the television those things would never get done.

I got impatient waiting for him and started watching the results come in on NPR’s live blog around 8:15.  There was nothing too surprising. Virginia, Ohio and Florida were all yet to be called. Beth said the precinct reports for marriage in Maryland were uncomfortably close.  I decided not to look.

Noah was finally ready at 8:40, five minutes before his bedtime. We let him stay up until the first wave of 9:00 results was reported. None of the states were surprising to Beth or me, but as Noah knows less about how states lean, it was interesting to him.  “How late should we stay up?” Beth asked once he was in bed.  We are an early-to-bed-early-to-rise family, especially now that Noah’s in middle school and gets up at 5:45. Beth and I usually go to bed at 9:30. We decided to stay up a little past ten, so we could see the 10:00 results.  Wisconsin and New Hampshire had been called for Obama by that point but none of the high stakes swing states.  Marriage was still too close to call.

Beth is the online communications director for her union, so she was expecting a text telling her to post an email to the membership when the Presidential election was called.  Sure enough around midnight, I woke and noticed she was out of bed but I drifted off before I could get up and find out what happened. She came to bed again around one, and said, “Obama won. Marriage won. Everything is good. Will you gay marry me?”

“I will,” said, kissed her and went back to sleep.

In the morning, I told June that marriage passed, and we’d be getting married.

“Legally,” she corrected, because as we’ve told her many times already, we are already married in our hearts. She immediately turned to the wedding catalog and started flipping through it.  She found some personalized lollipops she thought we should buy.

Suddenly there are a lot of decisions to make, and not just about lollipops with our names on them.  We have not discussed the logistics of getting married in much detail because we didn’t want to jinx it or get our hopes up too high. We don’t even know if we’re inviting people or making it a family event, or whether we’re going on a honeymoon. But we’re hoping to be able to do it in mid-January on the twenty-first anniversary of our commitment ceremony.  Now, after what I sometimes call a very long engagement, and many legal twists and turns (Turn! Turn! Turn! 9/23/07), the waiting is over.