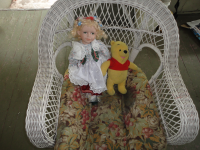 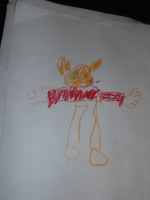 I had a long week and Beth did, too. She had to work late on Thursday night and will be working this weekend, too. It seems like a good time to reflect on the past two weekends. They were very different from each other but each charming in its own way.

Two weekends ago, Beth and I dropped the kids off at my mother and stepfather’s house, had pizza with them, and then and headed for a hotel in nearby Chester County. The original plan was for Mom and Jim to take the kids to Sesame Place on Saturday but that weekend was during the heat wave so after Mom and I conferred, she decided to take them to the Please Touch Museum (http://www.pleasetouchmuseum.org/) instead.

Beth and I went out for ice cream at Friendly’s on our way to the hotel Friday night in order to establish a festive mood. Saturday we spent the morning at the Brandywine River Museum (http://www.brandywinemuseum.org/), a museum mostly dedicated the works of N.C., Andrew and Jamie Wyeth. I’ve been to this museum several times, mostly as a kid, but I’d never done the tour of N.C. Wyeth’s house and studio before (http://www.brandywinemuseum.org/ncstudio.html) probably because until 1994 there were Wyeths still living in the house, so that was fun. I especially liked seeing the studio. It’s a beautiful space with huge windows, a mural up on the wall and props all around. When you’re in there it feels as if N.C. has just stepped out, even though he died in 1945.

In the museum I was particularly charmed by “In a Dream I Meet General Washington” (http://brandywine.doetech.net/Detlobjps.cfm?ParentListID=81915&ObjectID=1409117&rec_num=5#42) in the N.C. Wyeth collection. Click on the thumbnail. It will enlarge. I also liked “Evening at Kuerners” in the Andrew Wyeth Gallery (http://www.swoyersart.com/andrew_wyeth/kuerners.htm). It was nice to stroll through a museum at my own pace, having time to look at the art and actually read the captions as well.

For lunch we headed to Kennet Square, mushroom capital of the world. We decided we’d have mushrooms at every lunch and dinner during our stay. We began fulfilling this pledge by ordering friend mushrooms and a Portobello salad, along with a Brie, pecan and blueberry plate. We browsed in a few shops, spending the most time in a used bookstore. I emerged with a book of Chester County ghost stories, for Noah (but I read it before I gave it to him) and a trio of Agatha Christie novels. After visiting an ice cream parlor, we headed back to the hotel, where we read without interruption for the rest of the afternoon. Before the weekend was out I had finished the ghost story book and started on one of the mysteries I was meaning to save for the beach. (Just for context, I should mention that I just last week finished a short story collection I started in May. It was a long one, but still, the point is I don’t get to read much in the summer.)

We dined at the Kennett Square Inn, a nineteenth-century inn that’s allegedly haunted (http://www.kennettinn.com/). I read about it in the book, but the ghost was also mentioned on the back of the menu. We didn’t see her (she’s a Colonial-era girl), but we did hear fellow diners wondering if they’d see her. Even without supernatural enhancement, we enjoyed our meal. (I had mushroom ravioli and crème brulee.)

The countryside around Chadd’s Ford is pretty (there’s a reason those Wyeths settled here) and there were a number of parks and gardens nearby but the heat was still withering, so we spent Sunday morning reading, first in the room, then at a Starbucks (the local coffeehouse I wanted to try was closed Sundays) and then we had an early lunch (mushroom quiche for me) and headed back to Mom’s to pick up the kids. June showed us the German porcelain doll Mom bought her on her recent trip to Europe. Noah looked up some German names for her online and June named her Ursula. Ursula has zipped right past Ella and Violet and is now June’s favorite doll.

We had a brief visit with my friend Pam before driving home. Pam and I went to high school together and now she lives in England and teaches at the University of Sussex. During the past year she has been living with her husband and two kids in her childhood home, and trying to sell it, as her parents have moved. We caught them a week before they were going to fly back to the U.K. We ate leftovers from the goodbye party they’d hosted the day before, chatted and watched the kids play in the sprinkler. And then we drove home.

The following weekend we set aside both afternoons to take each of the kids to a movie alone. On Saturday, Noah went over to Sasha’s while we took June to see Winnie the Pooh. She loved it. She loved going to the movies with both moms and no brother. “It’s my special day,” she kept announcing. And she loved being in a big theater with her own bag of popcorn (she ate the whole thing!) and she loved the film itself. She kept talking excitedly about what was going on and laughing at the jokes. Her favorite part was when Pooh’s stuffing was coming out, she said later. A week later she seems to remember the plot pretty well. Today she drew a series of pictures of Pooh, Piglet, Tigger, Kanga, Roo and the Backson in various scenes from the movie and taped them together into a book.

It’s so hard to find an innocent kids’ movie that’s not too scary or full of snarky jokes these days that I really appreciated it. And I think a lot of parents did, too. Beth said it’s doing very well at the box office. Among my own circle of friends, the Mallard Duck’s mom recently wrote a blog post about seeing Winnie the Pooh with her daughter that’s worth reading. She captured exactly what I felt about it (http://mimi37.blogspot.com/). Also, I realize this is a bit meta, because she links to me in this post, but bear with me and read it.

Sunday, we left June with a sitter and went to see Time Bandits at AFI (http://www.afi.com/) with Noah. Noah didn’t exclaim about it being his special day, but still it was nice to have the chance to focus on him without the competing chatter of his little sister. I saw Time Bandits thirty years ago when it came out in theaters at least twice. I remembered loving it but not a lot of detail about the plot. I was just a little nervous about it for Noah because of the fuzziness of my memory and because I was fourteen, and not ten, when I saw it. It was rated PG, but it was made in the days before PG-13, when that rating covered a wider range of material.

As it turned out, it was just at his level in terms of action. The violence was comparable to the Chronicles of Narnia films we’ve watched at home and I think the very mild sexual innuendo probably went over his head. He loved most of the humor. I think he missed a few jokes, but the line “So that’s what an invisible barrier looks like,” made him guffaw and he also liked the part where Evil blows up a one of his minions for asking an impertinent question and then concedes, “Good question,” and goes on to answer it. I don’t think Noah’s ready for Monty Python yet ( it’s both racier and gorier) but it made me look forward to when he is.

As different as the weekends were, I think what I liked about them was the same thing. We were split up in unusual combinations. Beth and I don’t make enough time for dates and alone time, or rather, we resolve to and then we do and I really enjoy it and then we slip out of the habit. That’s the pattern, so a weekend alone was a nice luxury. Thanks, Mom and Jim! We also don’t have a lot of two-parent-one-child time with either of the kids and I think that’s important, too. As easy as it is to get bogged down in the hassles of day to day life, every so often I find myself thinking of the light coming through N.C. Wyeth’s studio windows and I know Winnie the Pooh’s adventure with the Backson is still reverberating in June’s imagination. I think these two weekends did us all good.