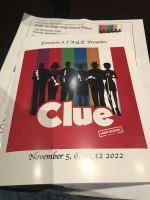 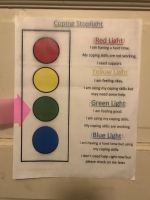 To cut to the chase, home is where North is now.  After thirteen days on the adolescent psychiatric ward at Children’s, North came home a week ago today. We are trying to get them into a partial hospitalization program. This means a day program with psychiatric treatment that would last anywhere from two to six weeks. They’d be home evenings and weekends. We’re in various stages of the application process at three different facilities. They all have waitlists, but we’ve gotten as far as a phone screening completed at one and a phone screening completed, plus an in-person interview scheduled at another.

In the meanwhile, North’s not going to school. Beth and I are both working reduced hours to spend time with them. We’ve been playing Sleeping Queens and Clue and watching television and North and I continue to make our way through The Iliad. We’re up to Book 17. When we get through it, we’re going to start The Inferno. North is helping with housework and the still-in-progress project of taking Halloween decorations down. Plus, they’re working on a complicated paint-by-number mandala. Beth and/or I go on outings with them most days, either errands like grocery shopping or more recreational excursions.

We found out North was being discharged Thursday afternoon and picked them up around six, after we’d finished one of the aforementioned phone screenings. I quit working and made dinner, a mushroom-white bean soup, early so it would be ready when we got home. North was appreciative of home cooking after two weeks of hospital food. That evening we watched Frankenweenie because in the hospital they’d been shown the first half hour of it as a group activity, and they wanted to know how it ended. It was deeply comforting to eat dinner around the same table and then eat white chocolate fangs leftover from Halloween and watch a movie.

Settling in at Home: Friday

Friday afternoon Beth and North dropped me off at Walgreens to get my flu vaccine and covid booster while they browsed at a nearby Asian market, where North got the kind of noodles they like. Back at home, after we finished a book of the Iliad, I read the last act of The Doll’s House to North. They’d read The Glass Menagerie and most of The Doll’s House in the hospital. North seemed to enjoy the play and cheered Nora in her decisions not to kill herself and to leave her awful husband. Fridays are usually movie nights, so after a dinner of homemade olive and mushroom pizza, we watched Rocky Horror Picture Show. It was North’s first time seeing it and I have to say they seemed a little skeptical of it. “So, the horror is gay people?” was their comment when it was over.

North will be seeing their therapist, Andrew, twice a week until they get into a day program and Saturday morning was the first appointment since getting out of the hospital. That one was in person. Then we all had a virtual meeting with their psychiatrist, Dr. W, on Tuesday and North had a second (virtual) meeting with Andrew today. We’ll have an in-person family meeting with him on Saturday.

Saturday was also the day North designated as Faux Halloween. We watched The Babysitter’s Guide to Monster Hunting in the afternoon, and It’s the Great Pumpkin, Charlie Brown in the early evening, while eating Chipotle and more Halloween candy.

Then Zoë came over and we all left for North’s school, to see the closing night performance of Clue. It was a fun production, and as North was the co-costumes manager, we all admired the color-coded costumes and a reversable cummerbund that a character flipped over to indicate he’d been shot—the reverse side was bloodstained. Speaking of costumes, toward the end the play the same actor experienced a costume malfunction. His pants ripped and he had to use one hand to hold them up for the remainder of the play. He was such a pro, though, I really wasn’t sure if it was part of the play or not. He made it look like it was, but North says it wasn’t. After the play was over, Ranvita (who was on crew) found North and they had time for a hug, but North didn’t want to linger and talk to people. The actress who played Mrs. Peacock did stop them to say, “I missed you!” as we were on our way out. (North later said Mrs. Peacock’s costume was their favorite.)

Zoë came home with us and slept over. She and North watched Ma after Beth and I had gone to bed.

“I know you’ve already been to Starbucks twice since you got home…” I started on Monday morning.

“But I want to go again,” North finished for me.

So, we walked to the Starbucks closest to our house. It’s about a fifteen-minute walk. North seemed happy to be outside and pointed out a lot of animals including a cat in the street who did not wish to socialize with us and a lot of birds. They noticed a blue jay in a tree, the iridescent colors of the starlings’ feathers in the shopping center parking lot, and the flock of pigeons taking off from telephone wires, swooping through the sky and returning to the same wire. I reminded them that they were four and we were outside the very same Starbucks watching birds swoop across the sky in formation and they told me: “Birds know what they’re doing, and people don’t.”

On Wednesday Beth and North went to the county animal shelter to donate Xander’s food and treats and they got to visit with some cats. Beth said it was a little sad, but mostly nice. North said it was sad to leave without one young and vocal black cat in particular because they’d taken a fancy to him. The next day Beth and North had an even longer visit with the residents of a cat café in Annapolis. I didn’t go on either outing, partly so I could get some work done, but mostly because I’m just not ready. I don’t want to pet or play with cats who aren’t Xander yet.

That’s basically where we are. North has a chart on their door they use to keep us appraised of their mood. It’s nice to see it in green sometimes, but it’s okay that isn’t always. We’re in a kind of a limbo, doing the best we can, taking one day at a time.