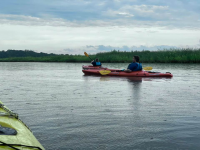 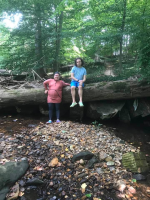 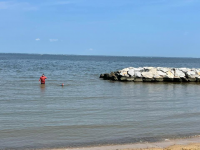 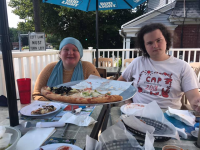 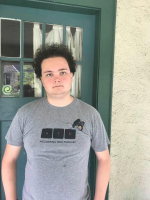 From “august” by Taylor Swift

August is a bittersweet month. Even when the kids were younger and I was checking the days off until school started (sometimes in my head, sometimes literally on my work wall calendar), there was a little bit of me that was sad to see the long, lazy afternoons of eating popsicles and blowing bubbles on the porch and reading under the biggest tree in our yard and splashing in the inflatable pool come to an end. Once their day camps were over for the summer, we’d often have one last hurrah in the form of a trip to the county fair or an amusement park and that would be what made it feel as if summer was really over.

August took on a whole new intensity two years ago when Noah was about to leave for college. I was excited for him to embark of the adventure of his young adult life and at the same time undone by the idea that he was actually leaving. And then last August we were mired in North’s cascade of medical problems and unsure when or if Noah would go back to school for his sophomore year. (The answer was never. He did it entirely online, at home.)

And that takes us to this year. North’s at sleepaway camp right now. Both Ithaca and MCPS are planning on full-time, in-person classes for the fall. We’re leaving to drive Noah to school on Thursday, his classes start the following week, and North goes back to school the week after that. But I have a nagging worry that sometime this fall, the Delta variant will send one or both of them back to virtual classes (attended from Noah’s apartment in Ithaca and/or our house). Time will tell. Meanwhile, the kids said their goodbyes when we dropped North off at camp Sunday (more on that later). When we pick them up from camp, he’ll be gone.

I am happy that North got to go to camp and both kids get to return to a more normal high school and college experience, masks, social distancing and all. But, of course, I am sad that after seventeen months at home, Noah will be leaving again. Sometimes it seems like he never left and that we’re doing this milestone all over again, with all its joy and heartache.

The first time it occurred to me to count the days until our departure for Ithaca, it was twenty-five days away. Now it’s two. In the past couple weeks there have been a lot of lasts.

Sunday morning we left to drop North off at camp. It’s in central Pennsylvania, about a two and a half hour drive away. We listened to the first few episodes of Edith, a fictionalized podcast about Edith Wilson and had lunch at a pizza place near camp. We ate out on the patio, all alone. There was another family eating inside in a big room all by themselves, and a lot of unmasked people sitting close to each other at and near the bar. None of the waiters wore masks either. It felt as if we’d driven more than a couple hours from home.

At camp, North was greeted warmly by counselors who remembered them from two and three years ago. We registered, visited the nurse to drop off North’s meds and for a lice check, and then we brought their things to their cabin, where Noah and North said goodbye for (fingers crossed) a few months. Right before we got home, we made a detour to Value Village to buy kitchenware for Noah, who’s living in an on-campus apartment this year. If I needed any reminder that he’s really leaving soon after all this time at home, that was it.

This week he’s been taking care of loose ends; he got his first haircut in seventeen months and applied for a passport. (He wants to study abroad the fall semester of his senior year, in Australia.) He had his last online drum lesson of the summer this evening. Tomorrow afternoon I’m going to play hooky and go to the movies with him. We’re going to see Green Knight.

In one more last, Noah and I are still reading the last book of our mother-son pandemic book club, A Beautifully Foolish Endeavor. We’ve got ninety pages left, so we will probably end up taking it to Ithaca and finishing while we’re there. Beth and I are staying a couple days after we arrive, to enjoy the natural beauty and fine dining in and around his college town, and to spend just a little more time with our firstborn before he resumes the on-campus portion of his college life.