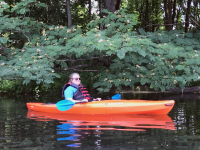 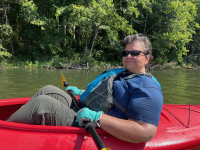 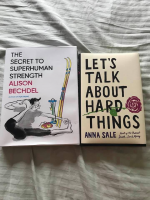 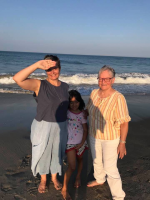 Xander had a checkup two Fridays ago. His skin and ear infections were improved but not completely cleared, so he got an antibiotic shot and Beth gave him eardrops for another week and he seems to be healed up. While he was there they took blood and did a workup to get a general sense of his health. His thyroid is fine, his liver and pancreas enzymes are elevated, but pretty good for an eighteen-year-old cat. His blood sugar was a little high, but the vet thought it could be the stress of a vet visit. He has a heart murmur and a galloping heart, however, and we are considering taking him to a feline cardiologist to see if it’s something that can or should be treated. The fact that Matthew died of heart disease and they were brothers made the vet suggest that.

The next day, the Saturday before we left, Beth, Noah, and I went kayaking again. It was a pleasant outing, this time at Seneca Creek State Park. We saw a heron, a big black bird we couldn’t definitively identify (but I think it might have been a cormorant), dragonflies and turtles galore, and a beaver dam. And there were wild blackberries at the edge of the parking lot to eat when we’d finished.

I’m still not great at getting the boat to go in the direction I want it to—I’m always drifting off to one side or the other and having to correct course and that slows me down so I lag behind Beth and Noah. Still, I think I improved over the previous week. And given my difficulty moving objects through space in general—I didn’t learn to ride a bike until I was nine and I still can’t drive despite efforts to learn in my teens and again in my thirties—I think I’m as ready to kayak with the dolphins as I’m going to get.

Starting Monday, North spent a week of mornings and early afternoons as a junior counselor at tinkering camp, at the kids’ old preschool. My kids have been students, campers, and now volunteers at that school on and off since 2005. The theme for the week was journeys so the campers, aged five to eleven, went on daily field trips to ramble in nearby woods or to sled down the hill by the hospital (did you know you can sled on grass?). They made a time capsule to be opened in fifty years, a sort of imaginative journey through time. They also learned to start a fire with a magnifying glass. I’m not sure how that fit into the theme but from my experience sending my kids to this camp when they were in elementary school, I can say that if there wasn’t fire and/or sharp tools it wouldn’t be Tink camp. The week’s activities also included making ice cream sundaes, a water fight, melting Starbursts over a fire, and plenty of free play.

One of North’s preschool classmates was also a junior counselor and two of the campers were younger siblings of North’s peers.  In addition to playing with the campers, North was helping Lesley catalogue the preschool’s library of eight hundred books. North enjoyed their time at Tink and is considering doing it again next summer, when they might be paid in money instead of student service learning hours (an MCPS graduation requirement.)

My first mumbled words to Beth after her six a.m. alarm went off on Thursday were “no more itchy spots.” Almost a week earlier I’d gotten a poison ivy rash on my left hand and right arm while weeding in our front yard, between the fence and the dogwood tree. There’s so much undergrowth there I didn’t even see the demon vine.

About five days after I got the primary rash, on Wednesday, I’d started breaking out in itchy welts all over my body and I thought the rash was spreading. But when I considered the fact that the welts would appear and then disappear and then I’d have a whole new set somewhere else, I started to think I was having a separate problem, maybe hives, as a secondary effect of the poison ivy. I took an antihistamine at bedtime and I’d woken the next morning itch-free. (Even the poison ivy blisters were relatively quiet.) That lasted only lasted a few hours, though, so I took another antihistamine and it quelled the new hives. I’m still taking it because the welts keep coming back.

Beth’s first words to me that same morning were “Happy anniversary!” It was the thirty-fourth anniversary of our first date, back when we were mere lasses of twenty. I was actually exactly Noah’s age, twenty years and two months, on that fateful day.

We exchanged anniversary gifts after we’d both returned from our respective morning walks. I was curious to see what Beth had gotten me because a few weeks ago we confided to each other that we each had an idea (me) or two (her) but that we wondered if the other might buy the same thing(s). So we told Noah our ideas and he was supposed to tell Beth which of the two things to buy. He said if there was overlap, he would have Beth buy the gift that wasn’t the one I was getting and if there was no overlap, he’d flip a coin to choose one to tell her to buy. He seemed pleased to be asked to perform this service and said it was “like a cryptography challenge.”

So, I got her Alison Bechdel’s The Secret of Superhuman Strength, which as it turned out was on her list, too, and she got me Anna Sales’ Let’s Talk About Hard Things. The Bechdel seemed like a romantic choice to me, because like Beth and me, Alison Bechdel went to Oberlin (graduating several years before we arrived) and that’s sometimes reflected in her work. Beth and I also both listen to Sales’ podcast Death, Sex, and Money, which I recommend if you’re not already listening to it. We were not planning any other anniversary commemorations because we were leaving for the beach the next morning, but we are hoping to go out to dinner one night while we are here.

In addition to our anniversary, Thursday was the day people in our party from parts West began to travel our way. My mother, sister, brother-in-law, and niece flew from Medford, Oregon to Phoenix to Philadelphia, where they would stay the night before driving to Delaware. Beth’s mom flew from Pittsburgh to National Airport, arriving in the afternoon. Beth and Noah picked her up and let her settle into her hotel room before we went out to dinner.

For the rest of the afternoon, everyone went about their business: work, pre-trip laundry, packing, drumming. Noah was waiting for Mike to drop by with a hard drive containing footage from a short fictional movie about the misadventures of someone buying cryptocurrency. Mike and Noah had been on the film crew the week before—Mike was the director of photography and Noah was his assistant. The film is called Pass Code. The director hopes to shop it around at festivals. Noah was supposed to edit it our first few days at the beach. Even though the timing wasn’t great, I was still glad Noah has some work, because before the film shoot he hadn’t had any since the middle of May (when he did a big video editing job during finals week). He did put in some long days at the shoot, though. He was gone fourteen hours the first day and fifteen the second, though I understand some of that was hanging out at the end. I’m just as glad for him to have the opportunity to socialize (with other people who love film) as for him to have paying work.

Mike’s van pulled up to our house just as we were leaving for dinner and he handed off the drive. We met YaYa in Silver Spring, where we went out for tapas. She said when she visits the DC metro area, she feels the dining options are enticingly sophisticated. Over salmon, a cheese plate, torta española, several vegetable dishes, flan, tres leches cake, and churros, she renewed her ongoing but so far unsuccessful campaign to get North to read A Tree Grows in Brooklyn, and we discussed movies we’ve seen recently. Then we went back to the house to pack some more.

The following day North went to camp, but only for part of the day. We picked them up at 11:30 (two hours early) and hit the road. By five we were at our beach house. Mom, Sara, Dave, and Lily-Mei arrived while we were still unpacking the car. Once we’d gotten everything inside the house and sorted out who would sleep in which room, we ordered pizza and while we waited for it to arrive, Mom, Sara, Lily-Mei and I took a walk to the beach, put our feet (well in Lily-Mei’s case more than her feet) into the ocean and enjoyed each other’s company for the first time in two years.