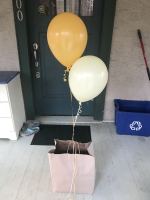 So, we had covid and it was pretty anticlimactic. For me it was like a cold, and not even a bad one—I had a sore throat, congestion, and a cough. The Saturday after Thanksgiving, the first night we were home from the beach, Beth and I were both slammed with fatigue almost exactly at the same time. We went to bed that night at 8:30 and I thought we might be in for something bad, but neither of us got very sick. I guess being vaccinated and triple boosted helps.

I tested on Wednesday because I was thinking of going to book club. I was five days out from my first symptoms, and I felt fine, if a little phlegmy. But I was still testing positive. It was such a faint line I was holding the test at different angles and squinting at it when North came by and said, “Do you need my young eyes?” Eventually all three of us concluded there was the faintest of lines there, a contrast to the dark line I got three days earlier. I elected to attend book club virtually (it’s still hybrid). The average age of members is probably around seventy and some of them are in their eighties and frail, plus masking in the group has gone from almost universal to about fifty percent, just in the past few months. It didn’t seem responsible to go, so I stayed home.

North, who had covid first, also had it worse, more fatigue, chills, and dizziness and after they thought they’d recovered, on the Monday after Thanksgiving, they had a fever. This was unfortunate because on Tuesday one of the partial hospitalization programs (not either of the ones I mentioned in my last post—we’ve applied to a lot of them) called with a spot for North the very next day. Not an interview, an actual placement. We’d interviewed at this one in early November, before North was even out of the hospital.  I asked about their covid policy and learned you must be symptom-free for three days after having had covid and since North had a fever the day before, we had to give up the spot. Pause here for a long sigh. Anyway, we are still next on the list at this place, so we’ll see.

The other thing we’re waiting for, besides a space in partial hospitalization program, is for North to be enrolled in the school system’s interim instruction program. It’s designed for kids for are hospitalized or can’t come to school for other reasons. A tutor comes to you. It took a while to get North’s psychiatrist to fill out the necessary paperwork and now it’s taking a while for the school to get back to us, but you’re not surprised by any of this, are you?

By Friday, North was testing negative, and they’d been symptom-free a few days, so they went to see their therapist in person Saturday morning. In other medical appointments last week, we had virtual ones with North’s pediatrician to catch her up on the general situation and another one with a neurologist to discuss North’s worsening migraines. They’ve been much more frequent, starting last spring, and we all wonder if being in pain so often is dragging down North’s energy and mood. The neurologist prescribed some new meds, one for prevention and one for treatment. Fingers crossed they make a difference.

We’d been thinking of going to a Christmas market in an old bank building in downtown Takoma Saturday afternoon, but Beth was still testing positive, so we decided to skip it. North and I ran some errands of the post office and drug store variety together on Friday. I was glad to get them out of the house and walking around outside on a sunny day. (I bribed them to come with me with an iced peppermint white chocolate mocha and a slice of lemon pound cake.) At the beginning of North’s time at home, we were taking them on a lot of outings, but these have petered out at bit as Beth and I both got back to working somewhat more normal hours. None of us expected this hospitalization interregnum to last so long (three and a half weeks and counting).

We took the bus to downtown Takoma, and I wanted to walk home, but North didn’t so Beth and I consulted and decided we’d let them take the bus home alone. It was the second time we’d let them go out into the world without one of us since getting out of the hospital. (The first time was the Diner of Covid Doom.) I waited at the stop with them and texted Beth when they got on the bus, and she texted me when North got home. It reminded me of when they were in sixth grade and new at taking public transportation and how I used to wait with them at the stop. I asked North if they remembered that and they said, “No, but it checks out.”

The third time North went somewhere without us was Saturday night, and it was for something more fun than tagging along on their mother’s errands. They had been assigned to review a production of Eurydice at a high school in Alexandria as part of their participation in Cappies. We discussed amongst ourselves whether we should ask school officials if North was still allowed to participate in extracurriculars as they’d been out of school for over five weeks at this point. We decided to ask was to invite a no, so we didn’t. It was encouraging that they wanted to do it and it seemed appealingly normal. There was a carpool, so Beth drove North to their school where another parent picked them up and took them to the play with some other reviewers.

The result of this activity was that Beth and I had a rare evening alone in the house. My friend Megan brought us dinner—cauliflower steaks, cauliflower soup, bread, and salad, delivered in a bag tied with two jaunty yellow balloons. I recommend having a friend who will facilitate your at-home date night when you are too tired (and possibly contagious) to leave the house. Thanks, Megan!

Everything was delicious and Beth and I had a nice stretch of time to talk and hang out before she took a disco nap, starting around 8:30. These Cappies events run late and unfortunately, the carpool would take North back to their school rather than home, so Beth was going to have to drive about an hour to fetch them well after our usual bedtime. I did not wait up—even though I’m sleeping a little better this week. It’s still hit or miss, so I didn’t want to risk a short night’s sleep. Beth and North got home around 11:30 and I didn’t even hear them come in or notice Beth getting into bed.

On Sunday morning I tested negative, which made me happy because I wanted to go swimming. The pool where I used to swim lap weekly for years and which closed during March 2020, first for the pandemic and then for extensive repairs, just re-opened last week. Even though in the past few days I’d been riding buses and going into stores, briefly and double masked, breathing hard unmasked on someone in the same pool lane seemed like a different level of risk. But now I could swim in good conscience.

However… when I got there around one-thirty the door was locked and the hand-written sign on the door said 6:30 a.m. to 8:30 a.m. and 4:00 p.m. to 8:00 p.m. I recognized these as the weekday hours. (The pool is in an elementary school.) Are these the hours every day now? Are they only open on weekdays? Who knows?

I think the universe is trying to teach me something about patience.