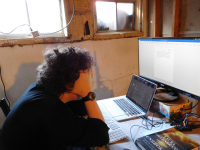 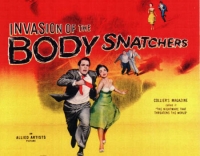 Four years ago when June was in kindergarten and had just learned to read, I wrote a leap-year themed blog post about how kindergarten is a year of leaps and bounds. I was thinking about writing a similar post about Noah’s first year of high school, but the more I thought about it the less true it seemed. Sure, high school is different from middle school but not different like elementary school is different from preschool. It’s been more if a hop than a leap, really.

Partly this is because he’s been in magnet programs since fourth grade, so he’s used to academic rigor. If anything, the Communications Arts Program (CAP) at his high school is a little easier than the Humanities middle school magnet. In fact, when some of the CAP kids who came from regular middle schools complained about the workload at the beginning of the school year, Noah says the kids who had attended the Humanities magnet at his middle school all burst out laughing.

So he occasionally has a free evening and some weekends he’s not working all day every day. And that’s nice, but he’s still working more than we’d like. The difference seems more attributable to his program being a little easier and not the ADHD medication he’s been taking since November. Some days he works efficiently, but he’s always had those days. And he still has days when his gears run agonizingly slowly.

For example, two weekends ago, by Sunday morning he’d finished all his homework for the weekend except reading some excerpts from the Constitution and then writing a letter to the editor from the point of view of a WWII-era American citizen, arguing for or against Japanese internment camps, using a Constitutional argument. The letter was supposed to be less than a page long. He worked on it from 9 a.m. until 6:30 p.m. Most of that time was spent reading and re-reading the relevant sections of the Constitution and trying to decide what arguments to make. Once he’d done that, he wrote the letter pretty quickly.

We’ve been thinking maybe we need to find help from someone with specific expertise in slow processing because even though he has an ADHD diagnosis, his problems may stem more from his processing issues than the ADHD per se. Beth learned (after it had taken place) that the school district recently hosted a lecture about helping kids with slow processing, so she’s going to contact the speaker to see if he can point us in the right direction.

One way his slow processing manifests itself is that he’s a pretty slow reader…and he’s in a humanities-based program with a lot of reading. So I read to him. We read for pleasure at least once a week—we just started a dystopian trilogy called Chaos Walking on Friday afternoon and I often read the books he needs to read for school to him as well.

On Saturday morning we finished Unbroken, which the CAP 9th graders are reading as part of a unit on WWII. It’s interesting but grim if biography and popular history about Japanese prisoner of war camps sounds like your thing. (It also made me wonder if my recent fretting about violence in the media he consumes—I was particularly concerned about the true crime documentary Making a Murderer—is misplaced, just closing the barn door after the horse is long gone.)

There’s a lot about ninth grade that’s going well. He enjoys being part of the small community of CAP students within his vast high school and he knows a lot of them from the middle school Humanities program. He seems engaged in his work and less stressed out than he did in seventh and eighth grade. His teachers have had nice things to say about him when we’ve met. His drama teacher recently told us he is one of her funniest performers and that she enjoys his stage presence and dry wit.

His school operates on a block schedule, which means each class meets every other school day. This translates to longer class periods and fewer transitions, which is good for his learning style. And best of all, he can never get homework that’s due the next day, which makes it easier for him to plan ahead and manage his time.

He’s been making a lot of movies, which he enjoys, even though he can be self-critical of the results. This year so far he’s made several short movies, including a couple autobiographical ones. One was a collection of clips from movies he’s made for fun outside of school with narration about his hopes to work as a video editor some day. Another one was about band and drumming and the role music’s had in his life.

This comes under the heading of perqs for Beth and me, but because he’s often assigned to go to plays or watch movies, we often do this with him. I’ve been to three plays with him this year, most recently a pantomime production of As You Like It. And we’ve watched Stagecoach, Citizen Kane, and Invasion of the Body Snatchers (the original 1956 version) together. I enjoyed them all but especially the last one, which was right up my alley. I have a soft spot for mid-twentieth century horror, whether campy or more serious.

But as I mentioned, none of this is that different than middle school, as Noah’s been on a humanities track since sixth grade, but it often feels different because he’s getting older and we know in a few short years he’ll be on his own. Twice in the same night Beth and I were thinking about this. Saturday he and I made a stir-fry together. Cooking with me is his usual Saturday night chore, but I always do the dishes afterward. As I was doing them I was thinking—he really needs to know how to do the dishes before he leaves home. I was doing my family’s dishes twice a week at his age. Later I went on to fold two loads of laundry and said something about how never-ending laundry is and Beth commented that Noah should probably learn to do his own laundry before he goes to college.

As a step toward independence, we’ve made him his own study area in the basement this year, at his request. He got an external monitor for Christmas and he hooks it up to the family laptop, which sits on a card table down there. The basement is unfinished and often chilly, so there’s a space heater down there, too. Because his drums are also there, and he not only works but also watches movies at the little card table, he’s in the basement a lot. The kids share a room, so it’s been a way for him to carve out a space in the house for himself, which at his age, he probably needs.

And as if to emphasize the fact that college is coming, he recently took the PSAT at school. He was initially disappointed in his score but he was thinking it was a percentage of right answers, which he translated into a letter grade in his head. His scores were fine. The math one, in fact, was higher than my math SAT score. And I certainly wasn’t taking physics in ninth grade, being more lopsided academically than he is.

So, there’s my year-to-date report for Noah. Four years from now, maybe I will have a more dramatic account of his next leap year. Or maybe by then he will be writing his own blog and he can tell you himself.