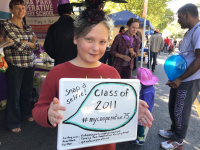 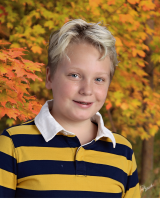 Hi! I’m North. But you might know me as June from other blogs. That’s my old name. I’ll be North today. I like cats, and most every animal except for dogs. My favorite color is aquamarine, (specific, right?) my favorite food is olives, and my favorite animal is deer. Sounds like a pretty average kid, right? Well in some aspects, you are right. I’m in middle school, hate gym class, and love lunch (no, seriously. I’m in love.). But there’s one thing about me that isn’t ordinary. You probably already know it. I’m transgender. There, just officially came out on the internet. No going back from that.

Ok, let’s get something straight. When I say transgender, I probably don’t mean what you think I mean. I was assigned female at birth, which I am not. But, if I had been assigned male at birth, they would have been equally wrong. I’m genderfluid, which means on any given day, I could feel anywhere on, or off the gender spectrum. I could fell more feminine, masculine, in the middle, or genderless! There are countless ways I could feel on any given day. But no matter how I feel, always refer to me in the third person using they/them pronouns. If you don’t know what those are, look them up! I’m sure there are countless people on the internet who can explain it better than me. But the simple version is, that they are used to refer to a person not female, nor male. You can also always use these if you aren’t sure. Remember, it’s always ok to ask somebody about their pronouns. Just pull them away for a second, and ask. A lot of transgender people feel good when you ask them their pronouns. It indicates a sense of respect for that person. So, if you aren’t sure, just ask.

Let’s start on the positives, things that most trans people like: Asking their pronouns. This indicates that you don’t want to offend this person by referring to them in the wrong way. Letting them pass. If you know your friend is trans, they are meeting new people, and think they’re doing a really great job at passing, let them pass. Let people think they were born that way, even if you know they weren’t.

Now, what most trans people don’t like: Dead naming. If somebody goes by a different name than their birth name, that name probably doesn’t make them feel good, so just don’t say it.

Using the wrong pronouns. If you knew them before, and mess up occasionally, that’s okay, but just try to use the right pronouns.