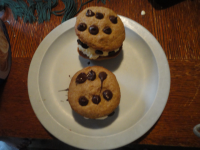 So we’re almost two weeks into the kids’ summer vacation and a lot has happened.  Beth and the kids went camping, Noah spent a week at YaYa’s, Beth took a business trip to San Jose and June and I were on our own for the better part of a week. She went to drama camp at Round House and after the performance on Friday (the highlight of which was scenes from The Jungle Book), I took her out for pizza and frozen yogurt. Saturday we planted flowers in her garden plot, and went to see Monsters University, which she loved, and I watched her splash in the Silver Spring fountain for an hour and then we came home and made tacos, at her request.

So we had fun, but we did miss Beth and Noah.  When Beth fetched him and brought him home Monday we were all very pleased to be together again. He and June played from late afternoon through the evening without fighting and all the little routine things we did, eating dinner around the same table, listening to Noah read the word from his word-of-the-day calendar while all in the same room and not via video, even going to sleep knowing we were all under the same roof for the first time in ten days, made me happy.

That’s what it’s like to be a family, for us, right now.  Of course the kids’ truce didn’t last. In the past day for example, they’ve had a game-stopping argument about June’s dice-rolling technique while playing Mousetrap and then while June was writing “walnuts” on the shopping list, they got into it about whether the n should be written with or without a serif. But the point is we belong together and we all know it.

Yesterday the Supreme Court weighed in on the legal status our family, and that of the upwards of 71,000 legally married gay couples in the United States.

Is this going to be one of those “where were you when” kind of historical moments?  I think it might. So just in case, I’ll start there.  At ten a.m. yesterday morning I was reading a dystopian, post-apocalyptic YA novel called Rip Tide to Noah. (We share an interest in this genre.) June was at yoga-art camp. Beth, of course, was at work.  I kept glancing at the clock as I read.  We’d started at 9:20 and the plan was to read an hour.  I was trying to decide whether to take a break at 10:00 a.m. to see how the Supreme Court ruled on DOMA, or whether to keep reading. I decided to keep reading. The announcement might come late and I was pretty sure I was going to spend a good bit of June’s half-day camp reading about the decision online no matter which way it went.  Better to finish first.

A few years ago I would have switched on the radio to hear breaking news, now I go to Facebook to see what my friends are posting.  I didn’t even need to scroll to find out DOMA had fallen. Joyous posts and links abounded.  I didn’t see anything on Proposition 8 at first, because that decision had not been announced yet, but soon it was and then it was more joy all around. A high school friend said she had “The Day that DOMA Died” going through her head to the tune of “American Pie.”

It’s been a big year for gay marriage at our house. In November, our state legalized it and Beth and I were married on January 11, a mere ten days after it became legal. (“You didn’t waste any time,” a fellow Marylander who’s getting married to her partner this weekend told me.)  And now this: our marriage will be legally recognized by the federal government.  I will be the beneficiary of Beth’s social security if she predeceases me. We can file federal taxes jointly (which will save us money).  And Beth will no longer be taxed for my health insurance, provided by her employer (this will save us more money).

You might think our straight friends might have gay marriage fatigue by now, but with each legal hurdle cleared over the very eventful past eight months, they seem as excited as our gay and lesbian friends.  They volunteered, attended rallies, stayed up late to watch the election results, and offered congratulations.

The kids’ friends were supportive, too. Both of them had a friend use the same word–“stupid”– to describe the fact that gay marriage wasn’t legal (before it was in Maryland). It was harder for June’s friends (and June herself) to grasp the legal details of it all and what was really at stake.  In fact, last fall June’s friend Talia thought that if the argument was about whether or not gay marriage should be legal, that meant if the vote went the wrong way, Beth and I might be carted off to jail for being illegally married, and she was quite concerned about who would take care of June. Around that same time June was worried that the four of us might not be allowed to live together after the election.

We re-assured her and we thought she understood, but when the DOMA vote came up, she worried all over again that we might all be doing something illegal in living our lives.  And even though we explained that everything would be fine no matter how the election or court decision went, in a way, she and Talia hit on a core truth of the matter – it was about whether our lives are seen as legitimate.  It’s a hard lesson for a seven-year-old to learn, that not everyone looks at her family and sees a family. So that’s another reason the decision is a relief. It will give June a sense of security. I’m sure Talia is glad as well that her straight-ally mom won’t be dragging her any more gay marriage rallies because the speeches are so long and boring.

So, if you gave of your money or your time, can I say how grateful I am for your advocacy, and for the lessons you taught your kids in the process? I am, profoundly.

Later that morning, Noah and I were in the kitchen, making lunch. The radio was tuned to NPR and we were discussing making chocolate chip cookies and half-listening to The Diane Rehm Show, which was of course about the gay marriage decisions. When a puzzled-sounding man called in saying he didn’t understand how everyone was for gay marriage all of a sudden and no one even thinks it’s odd, I stopped talking so Noah could hear.  Living in a liberal enclave, he hardly ever hears anti-gay rhetoric and I thought maybe he should so he can better remember this historical moment. When the caller finished, Noah deadpanned, “I don’t think it’s odd. I’m pretty used to it.”

We did make chocolate chip cookies that afternoon. When I called Beth at work to chat about the decision and share June’s excellent fourth-quarter grades with her (June’s report card had just arrived in the mail), Beth joked we should make the cookies in the shape of equal signs.  I thought that sounded a bit tricky, but then I hit on the idea of arranging the chips into equal signs instead, so we did.  Beth dubbed them Equali-cookies. After dinner we got out some vanilla ice cream and assembled the cookies into ice cream sandwiches, and then we tasted the sweetness of equality.