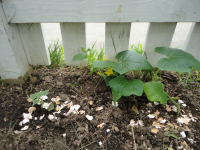 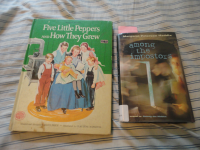 Five years ago I wrote a blog post in which I related what I was doing every hour on the hour during the first day of July (“Rock Around the Clock” 7/1/08). Noah had just finished first grade and was attending day camp at his old nursery school that week. Given that June has just finished first grade and is attending day camp at the Purple School this week, I thought it might be fun to repeat the exercise, to see what’s the same and what’s changed in our lives in the past five years.

Some of what’s changed is obvious. In the past five years the country elected and re-elected America’s first African-American president, we got married, and both of our fathers died. (Today would have been my father’s seventieth birthday, so that’s on my mind more than usual.) But I’m actually most interested in the little things, rather than these political and personal milestones. How does day-to-day life feel the same and how is it different?

I was half-tempted to shift it one day forward because the first time I did this, Noah had an after-camp play date with another camper and former nursery school classmate, and today, June’s doing the same (it’s in progress as I write). But I decided I didn’t want to force the similarities; I’d just let the chips fall where they may and so I stuck to the first of July, five years later.

So, here’s how yesterday went, hour by hour.

June no longer wakes me in the middle of the night on a regular basis so when the day began at midnight and every hour from then until 6:00, we were all asleep. June did make an unauthorized entry into our room at 6:20 a.m. to report a dispute over computer access, but as I am not my very best when first woken, Beth resolved it.

7:00 a.m. Per the agreement Beth had brokered, Noah was eating breakfast and June was watching something on the computer. I was at the other computer, checking the blogs I read first thing most mornings.

8:00 a.m. I was noticing how quiet the house was now that Noah had left five minutes earlier. He’s volunteering at the Purple School this week for student service learning hours, helping Lesley organize her photo archives and she wanted him to report at 8:15, forty-five minutes before camp begins so she could get him started on the project. This leads us to one of the biggest differences between the two days. Dropping the seven year old off at camp and spending the day with the two year old is not very much like having the twelve year old leave on his own, and then dropping the seven year old off at camp and being alone for two and a half hours. Noah would be home before June, but I still had some alone time and I was pondering how to spend it. Would I work the whole time? Or go to Starbucks and read the novel I hadn’t touched since Noah got back from YaYa’s house (and I started reading a lot to him) a week earlier? Go ahead, guess. You know the answer.

9:00 a.m. June and I climbed the steps of the Purple School and left our bag of plastics in a box on the porch. It’s a tinkering camp, which means they build things, and Lesley is focusing on plastics and environmental awareness this summer. She read to them from Moby Duck on the first day and they talked about the long journey plastics make between manufacture and use, and then again after use. I said goodbye to June, waved to Noah, who was ensconced at a computer in the main classroom, chatted with a few parents I know, and returned home.

10:00 a.m. After hanging the first load of laundry of the day on the line and starting the second in the washer, I was headed out the door with my novel, Last Man in Tower and my wallet, when I decided to grab an umbrella. It was getting increasingly cloudy and I thought if I took an umbrella, it might not rain and the laundry could dry. (Oh come on, like you never engage in magical thinking.) When I opened the door, I noticed with some dismay that the sidewalk was wet. Should I take the laundry down? It was only misting and maybe the sun would come out later, I reasoned. Besides, it wasn’t like the clothes were dry and needed to be rescued from the damp. I left.

11:00 a.m. I was returning from Starbucks under a heavier rainfall than before. I decided I’d take the clothes down once June got home and put them in the dryer then. I didn’t want to squander any more work time.

12:00 p.m. I was on the porch, reading and highlighting a study about the bioavailability of curcumin. Noah had arrived home around 11:30 and was now on the phone with YaYa and her sister Jenny, discussing a personal Monopoly board he’s designing for them, based on their life experiences.

1:00 p.m. I glanced at the time, and realizing I needed to leave in fifteen minutes to get June, I went to the kitchen and ate some Indian leftovers from the Smithsonian Folklife Festival we’d attended the day before. I ate straight from the takeout container, standing at the kitchen counter to save time. Out the kitchen window I noticed the clothesline, which had been fraying for some time, had broken and half the clothes on it were now lying on the wet grass. No time to do anything about it now.

2:00 p.m. June and I had returned, she was playing on the porch, re-decorating a little house she’d built for a tiny stuffed bunny at Tink Camp last summer (or maybe it was the summer before that). I was sending Beth a message about how Noah was still talking to YaYa and Jenny about their game, now via Face Time, and what a good grandson he is. I also said he should go into business providing tech support to women over fifty because that was basically what he’d been doing all day.

3:00 p.m. June was now playing in the yard, running around and imagining something that involved a lot of urgent talking between characters. I’d just finished planting two cucumber vines in a newly dug plot—these were the last two out of seven we planted this season after many trials with slugs and a mysterious fungal disease. I was peering into the hatch of the car, looking for the new clothesline Beth had bought a few weeks ago when I first noticed the old one was fraying. I’d already taken the clothes off the line and put them in the dryer. I was intending to string up the new line, but I couldn’t find it, gave up on the project, and decided to ride the exercise bike instead. Noah’s marathon collaborative game board construction project was still underway.

4:00 p.m. June was watching Phineas and Ferb, The Movie and I was reading Rip Tide to Noah.

5:00 p.m. Noah and I had finished our book, and while he headed down to the basement to play his drums and June had moved on from Phineas and Ferb to Mulan, I went to the computer to check the library hours and bus schedules, trying to decide if a trip to the library before dinner was feasible. He wanted to go back to the Shadow Children series we’d started this spring. The library has the series but I decided it would delay dinner too much. I thought I’d ask Beth for a ride to the library if she got home early enough.

6:00 p.m. Noah was downstairs jumping on the mini-trampoline and June was back outside. I’d almost finished dinner for the adults (quinoa, snow peas, and broccoli with a peanut-coconut milk sauce) and was wondering what to give the kids for protein as they had both tasted and declined the sauce. I probably fall back on mozzarella string cheese too often when faced with this question, but that’s what I did. They both ate the quinoa and vegetables, so I’m calling it a win. I even tossed in some peas from June’s garden plot. They’re almost finished but every now and then June finds a few pods and picks them. While I was cooking, she’d handed me these three pods so reverently, I knew they needed to go into that very meal. I put the biggest, roundest two peas on her plate, on top of the rest of her dinner.

7:00 p.m. June had asked me to read to her from an abridged version of The Five Little Peppers and How They Grew around 6:45 and I’d told her I was going to clean up from dinner first, but to alert me if it was 7:00 and I wasn’t reading to her yet. She did and I left the rest of the dishes on the counter and read the last few chapters of the book to her. “That was a good book,” she declared. I’d mentioned to her previously we have the unabridged version as well, but she thought this one was “long enough.”

8:00 p.m. Because Beth didn’t get home until almost 7:30 and June goes to bed at 7:45, we couldn’t go to the library together so she’d offered to take Noah and leave me at home. I considered what to do with my unexpectedly quiet house and snuck in a little of the work I didn’t do in the morning. (When they came back they had the next three books in Noah’s series and gelato to boot.)

9:00 p.m. I was reading my original hourly blog post and planning out this one.

10:00 p.m. Beth and I were in bed, lights out, talking politics (specifically DOMA, civil rights, and reproductive rights).

Looking at these two timelines together I see some differences that are hardly surprising. I have more time to work than I did when I was a stay-at-home mom with a toddler. I also sleep better, and no one clings to my legs and screams when I try to cook. I don’t have to change any diapers. These are all improvements, even if I don’t get to read on my bed, while a small child sleeps in the crook of my arm any more. Instead I have older, more capable children, one of whom played independently most of the afternoon and another who was knowledgeable, co-operative, and patient enough to be a real help to three adults over the course of the day.

But the Purple School is still a place we go to learn, play, and work, two years after our youngest child moved on to elementary school. I still read to the kids and read my own books whenever I can, and we still go to the library a lot. Lest we seem too virtuously bookish, I should add that the kids still usually watch as much media as we let them (two hours a day each at present). We still garden every summer. Beth and I still go to bed early and talk in the dark before sleeping. Much has changed, but that much is still the same, and I hope we’re still tending plants, reading books, and talking together five years from now.

Now some questions for you: How has your life changed in the past five years? How do you think it will change in the next five? What do you hope stays the same?