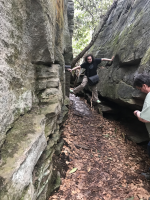 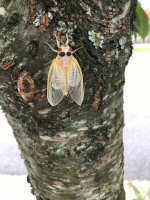 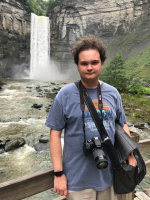 I remember saying a while back I was going to take the Coronavirus Chronicles subhead off my blog after Labor Day when the kids were back in in-person classes and Beth was back in her office. Well, the kids are back, but Beth’s office is continuing to allow remote work at least through mid-October and possibly permanently. She goes in to her office occasionally, but most days she works at home. My main reason for leaving the caption on, though, is that with the delta variant, everything feels more precarious than I thought it would by now. Our lives are returning to something pretty close to normal, but the pandemic isn’t over. Unvaccinated people are still dying at a pretty fast clip and I’m not taking it for granted that the kids are going to stay in school.

In March I did a covid year in review and since we’re at least potentially at an inflection point now, I thought I’d recap the last six months. Here’s hoping the next time I do something like this, it’s to mark a more definitive end of covid.

Meanwhile, here’s what we did in the last third of the pandemic to date:

March: North turned fifteen and gained the privileges of drinking coffee and watching some (vetted) R-rated movies. They celebrated with a pre-birthday campfire with Zoë and a backyard party with their three closest friends. During the three-day overlap of the kids’ spring breaks, we spent a long weekend in Deep Creek, where we explored waterfalls and the Maze Rocks in Garret State Forest. Beth and Steph got their covid vaccinations, driving back out to Western Maryland to get them.

April: We went to the National Arboretum to see the cherry blossoms for the second spring in a row, as it was too crowded for safety at the Tidal Basin. Noah got his first shot. Beth and North went camping. Noah gave a paper on the philosophical paradoxes of time travel in Back to the Future at an online undergraduate symposium. North started going to school in person, four out of every ten days.

May: Noah turned twenty and did not gain any special new privileges. The brood X cicadas emerged and completely charmed me. Beth took up kayaking. I turned fifty-four. (No new privileges for me either.) North got their first shot. Noah’s sophomore year of college ended and he spent two and a half weeks in West Virginia with Beth’s mom. While Beth and North were dropping him off, I spent a restorative weekend at home alone. Then we all road tripped to pick him up over Memorial Day weekend and seeing Beth’s mom for the first time since Christmas 2019 was nice, too.

June: Once we were all fully vaccinated, we went to the movies for the first time. North attended a quinceañera and a lot of friends’ birthday parties, which were larger and more frequent now that their peers had been vaccinated. North finished ninth grade and attended an outdoor drama camp, culminating in a performance of several songs from West Side Story. Our eighteen-year-old cat Xander came down with a serious skin and ear infection (which continued into July) and we were all quite worried, but he pulled through. The death toll for covid reached 600,000.

July: Noah and I started going kayaking with Beth. There was no Fourth of July parade or fireworks in Takoma, so we all watched the DC fireworks from the roof of Beth’s office building. Noah spent two days assisting on a film shoot and then helped edit the film. North spent a week volunteering as a counselor at a day camp at their old preschool. Beth and I celebrated the thirty-fourth anniversary of our first date. We spent a lovely week at the beach with both our mothers, my sister, brother-in-law, and niece. While there, my mom got to celebrate her seventy-eighth birthday with both daughters and all three grandchildren. Also, Beth and I went kayaking with Sara’s family in the Bay and I got to take my niece Lily-Mei on her second-ever trip through the Haunted Mansion. It was the first time I’d seen any of my relatives in two years and it was wonderful to be reunited with them. After we got home from the beach, we went berry picking and came home with blueberries, blackberries, and raspberries, which we baked into a kuchen and a cobbler.

August: The kids and I took a walk through the creek and Noah stepped on a beehive while climbing over a deadfall and ended up with at least fifteen stings. North spent a week at sleepaway camp, and served as head of house, a leadership position that involved running meetings and serving as a mentor to younger campers. Noah got his pandemic mane shorn after seventeen months. We drove him up to school while North was at camp and spent a few days helping him move into his apartment and enjoying Cayuga Lake and the many waterfalls around Ithaca. On the way home, we visited my cousin Holly and picked North up from camp. A week later, North went back to school. The United States pulled out of Afghanistan, leaving it in the hands of the Taliban.

September: I wrote and mailed thirty postcards to California voters, urging them to vote no on the gubernatorial recall. It was my first batch since the spate of special elections that followed the November 2020 elections. I was diagnosed with diabetes. (My intake appointment with the diabetes coaching program is next week.) Noah was assigned two shows to edit on ICTV and applied to join the drone club. North tried out for the school play and applied to be the stage manager (they went to callbacks on Tuesday) and they came kayaking with Beth and me for the first time. The Takoma Park Folk Festival was cancelled for the second year in a row. (Well, there was an online version, but the draw is that it’s live music.) The Takoma Park annual pie contest is cancelled, too, which is sad for North because they are a two-time winner.

We’ve weathered another six months of covid. The U.S. death toll is currently at 665,235. The vaccination rate is not what it should be, with only 57% of Americans fully vaccinated, but there are more every day and with luck, vaccinations for kids under twelve will be approved sometime this fall.

In many ways, for our family, things are better now than they were six months ago. We are all fully vaccinated, the kids are back at school, and the cascade of medical problems North had from July 2020 until February 2021 (paralysis, non-epileptic seizures, urinary difficulties) are pretty much cleared up. All they have left are some minor tics. They’ve just finished the round of cognitive behavioral therapy they started a year ago for these problems, but since they still have chronic pain that limits how far they can walk, we’re going to pivot to addressing that. They had a two-hour, online intake appointment at the pain clinic a week ago and they’re going to start CBT, with a different therapist, for coping strategies. I’m feeling hopeful about that.

In what may be a sign that covid is less ever-present in my mind, I only read one book about a pandemic (Station Eleven) in the past six months, though I do have The Pull of the Stars in my pile.

How are covid conditions where you live? Does life feel normal, semi-normal, or anything but?