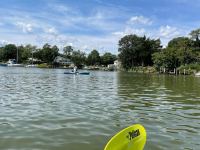 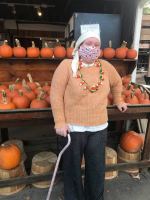 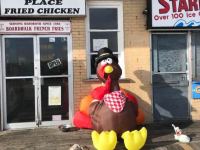 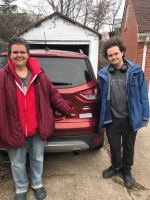 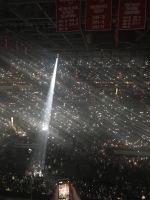 It’s been two years now since our first weekday suddenly and unexpectedly at home together as a foursome. Three days earlier North got sent home from middle school, for what was supposed to be two weeks, and then they never set foot in that building again. At the time, Noah was home from his first year of college on spring break, which had just been extended by three weeks. He ended up staying home for almost a year and a half. I summed up the first year and the next six months of our pandemic lives in these posts. We’ve been much closer to regular life during these past six months, thanks to vaccinations, but as the delta and omicron variants have reminded us, it’s not over yet and it could always surge again.

Here’s how the last quarter of the pandemic went for us in a nutshell, or seven nutshells.

September: At the eighteen-month mark of the pandemic, there was a big change. We weren’t all living and working and studying under one roof any more. Noah was back at college after two and a half semesters online and North was in school in person, too, after over a year of remote school followed by a couple months of hybrid instruction in the spring. The delta variant peaked in the middle of the month and receded and we started to trust a little more that the kids would stay in school. We continued our pandemic hobby of kayaking. I went to see an allergist about the hives that had been plaguing me since July. After inconclusive testing, he recommended trying going off soy for two months, which was a challenge for a vegetarian diabetic. (Spoiler: it wasn’t the soy.)

October: North started organizing an effort to replace their high school’s Powderpuff football game with something less sexist. Noah joined the drone club at Ithaca. My mother fell while hiking and fractured five vertebrae. She was in the hospital for two weeks and in a neck brace for three months, but she’s doing much better now. I led my book club’s discussion of The Haunting of Hill House. We upheld our reputation as the most committed Halloween decorators in our neighborhood. Beth and I went to watch the Halloween parade even though North couldn’t be in it because of a play rehearsal conflict. The death toll for covid reached 700,000.

November: I started wearing a Fitbit and joined the ranks of people can tell you how many steps they’ve taken on any given day, if you care to know, which I don’t imagine you do. North was the costumes manager for their school’s production of Puffs. Noah came home for Thanksgiving break and we celebrated Beth’s birthday and Thanksgiving at the beach, where we enjoyed the return of the Christmas tree lighting and in-person Christmas shopping. (The year before the former was cancelled and we’d eschewed the latter.)

December: We watched a live broadcast of Noah’s band concert and he passed the test to become an FAA-certified drone pilot. North got their braces off. Noah came home for winter break. Omicron started to emerge, but we all tested negative for covid and spent Christmas in a cabin in Blackwater Falls State Park with Beth’s mom and aunt. At the cabin we baked and hiked and read and did a puzzle and enjoyed each other’s company and the waterfalls and other beautiful scenery of the park. The death toll for covid hit 800,000.

January: Beth and I took a long hike on New Year’s Day and saw a historic African-American cemetery. Omicron gained strength and when North returned to school, in their words “it was a hot mess.” There was a shortage of bus drivers and Beth had to drive them to school for a while. Teachers were out in record numbers; some classes, including some of North’s, were just left completely unsupervised; and student attendance was low. I didn’t see how it could go on like that and I expected the school system go remote, as did most parents I knew. But it didn’t, and then omicron peaked and began to fade and conditions at school gradually improved. Much to our relief, North got their booster shot, making the whole family fully vaccinated and boosted. Beth and I celebrated the thirtieth anniversary of our commitment ceremony and the ninth anniversary of our legal wedding with an outdoor lunch in twenty-one-degree weather. Noah left for school and spent a week training for his new IT job, then another week in online classes before in-person classes resumed. We had a bunch of snow days—four, I think—some for very little or no actual snow, though we did get a seven-inch snowfall early in the month.

February: We went to see the always lovely Winter Lanterns display at the Kennedy Center to celebrate the Lunar New Year and attended an almost two-years-delayed Billie Eilish concert with twenty thousand other vaccinated and masked people in a hockey stadium. After having finished a coaching program for newly diagnosed diabetics in January, I was pleased that my average blood sugar from late November to late February was near the bottom of the prediabetic range. Also, my hives finally (knock on wood) seem to be gone, as of mid-February. Russia invaded Ukraine and like the rest of the world, we watched in horror. The covid death toll reached 900,000.

March: Noah came home for spring break after having considered staying there to work. He’s been home since Friday. Ithaca lifted its mask mandate about a week before break started. On the day it happened, Noah said most people were still wearing them and when he came home I asked if that was still true and he said yes.  A week ago, MCPS followed suit and went mask-optional, too. North says more kids are wearing masks than not, but that the teachers have been more likely to shed them. There’s even a slogan to go with the new policy, because of course there is: On or Off, It’s Just Me. (I told North “I hope it’s not just you.”) Our county has dropped its mask mandate, but individual businesses can still require masks and many do. Takoma Park announced it was keeping its mandate for city buildings, like the community center (where my book club meets), the recreation center, and the library and then the very day after this notice arrived in the mail it was reversed. You still have to wear a mask to ride the buses or trains. I wear a mask when I’m indoors in a public place, but I downgraded back to cloth after a few months in K95s. That’s as far as I’m willing to go right now.

The current U.S. death toll from covid stands at 965,764. About 65% of Americans are fully vaccinated, with everyone five and older eligible. The global death toll is a little over six million, with about 57% of people vaccinated.

With the kids at school, and Beth’s work-from-home status probably permanent now, life can feel almost but not quite normal. I only read one pandemic-related book in the past six months (Pull of the Stars), though Noah and I are watching Station Eleven this week. (We hope to finish before he goes back to school.) My book club has gone hybrid and I usually go in person. In fact, I went tonight and, though voluntary, masking was universal.

How does the pandemic feel where you live? Are you hopeful or wary? I’m somewhere in between, depending on the day. Chances are I’ll be reporting back in another six months and I hope at that point things are continuing to get better, even if it’s incremental and inconsistent.