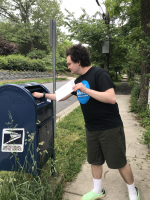 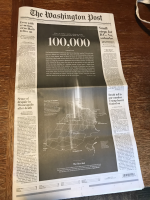 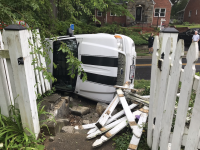 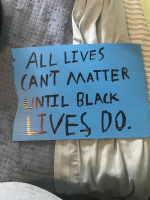 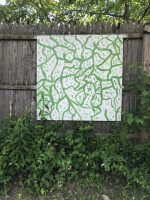 It’s been another forty days since my last “40 Things” post. It was my intention to mark our eightieth day of semi-quarantine with another list of forty things and I seem to be going through with it, though I really wasn’t expecting a nationwide wave of protests to be added to a pandemic when I was first thinking about writing this.

I could write about how hopeful the slow ebb of the first wave of the coronavirus made me feel, how things suddenly feel different than they did forty days ago, even though I’m pretty much counting on an eventual second wave.  But that feeling’s been largely overshadowed by current events, so maybe I should write about my horror at the death of George Floyd, the sheer sadism of it, and my anger at how the protests have been met, especially those in D.C., because I call the D.C. metro area my home. But I could also write about the less consequential things we’ve been up to since Memorial Day because I do want these posts to be a chronicle of what everyday life was like for us during these strange times. I’m just going to do all three, in roughly chronological order.