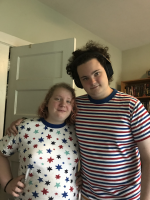 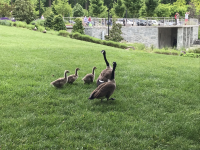 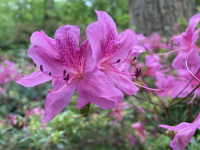 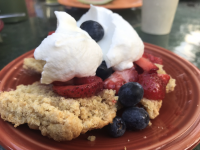 Memorial Day is a strange and often jarring holiday, partly mournful for the war dead, partly celebratory because it’s a three-day weekend on the cusp of summer, so people are going to go to the pool, or have a cookout, or they usually would. This was an even stranger Memorial Day weekend than usual, with death so present in everyone’s mind.

The last time I wrote a Memorial Day post was thirteen years ago. We went to Harper’s Ferry with Beth’s mom and her aunts, which caused me to think about the Civil War and our ongoing wars. Here’s how we spent it this year, both in recreation and contemplation.

We continue to take little weekend outings. It’s been nice to get out of the house after staying so close to it for so long. When Beth needed to fill the car with gas about a week ago, it was the first time in at least two months. This weekend we went on two outings. The first one was another drone-flying expedition, to Fort Smallwood Park in Anne Arundel County. It’s on a peninsula where the Patapsco River and Rock Creek flow into the Chesapeake Bay, so there are a lot of nice views of the water. I was surprised to see how many fewer people were wearing masks than in our neck of the woods. We were definitely in the minority, but people were keeping their distance for the most part. The beach was roped off, but I was able to get close enough to hear the little waves lapping at the shore and watch the sailboats and powerboats and ducks and geese. That was nice (though wading in the water would have been nicer).

Noah flew his drone out over the water and tried out some new maneuvers, setting it to automatically circle or spiral around us. He got some nice images of the roof of a pavilion and its shadow. North said it looks like an ad for the park. Have a look:

We also visited a grove of trees planted to honor fallen soldiers from Anne Arundel County. Each one had a flag and a plaque. All the soldiers died in Afghanistan and Iraq. I didn’t look at every plaque, but all the dates I saw were either between 2005 and 2007 or 2012 and 2013. The toll of our post-9/11 wars is always a sobering thing, even when you are looking at a very small slice of it.

The second expedition was a picnic, at North’s request. The four of us drove out to a shopping center and got takeout from California Tortilla and Starbucks, which we took to Wheaton Regional Park. The picnic tables there are open for use and we had a six-table pavilion to ourselves. Well, almost. There was a surprisingly bold squirrel watching us eat from the next table over. Eventually it jumped up on our table and stood less than a foot away from Noah and me. I was starting to wonder if it was just used to being fed or if it might be rabid when it jumped down and scurried away.

After lunch, we drove to nearby Brookside Gardens and had a short stroll amidst the ferns and rhododendrons and slightly past prime azaleas. A family of geese with three half-grown goslings came pretty close to us while we were in a gazebo. I guess we were attractive to wildlife that day. I would have liked a longer walk, but I didn’t want to push North. I don’t think I’ve mentioned this here, but their chronic pain is back and getting worse. In February they fell in the bathroom and cracked their shin against the bathtub. As these things so often go for them, the pain never went away and now they’re feeling it in both legs and their spine. As a result, they’ve been getting out less than any of us, hardly at all really. I hope being out of the house for a while did them a little good. I know it helps my outlook.

Beth usually makes pancakes or waffles for breakfast on the last day of a three-day weekend and this weekend was no exception. It’s harder to time now that the kids roll out of their beds hours after we do, but we all managed to gather around the table and eat pancakes with blueberries and banana slices and vegetarian bacon. It was kind of a red, white, and blue breakfast, but I didn’t think to take a picture. I did remember to take a picture of the red, white, and blue dessert we had after our backyard picnic of veggie hot dogs, baked beans, potato salad, and watermelon. I make shortcake every year, usually on Memorial Day, because late May is strawberry season here and I love truly ripe strawberries beyond reason.

In keeping, perhaps, with the solemn part of the weekend, The New York Times printed the names of one thousand of the almost one hundred thousand Americans who have died from covid-19 to date. Chances are you’ve seen an image of it in your social media feed. Here’s an interactive version I explored Monday morning and found moving: https://www.nytimes.com/interactive/2020/05/24/us/us-coronavirus-deaths-100000.html

Nearly one hundred thousand people in three and a half months. That’s more people dead than American soldiers who died in Vietnam, the Gulf War, and the those post-9/11 conflicts I was considering earlier. It’s absolutely staggering. I check the front page of the Post and the front page of the Metro section every day and look at the statistics. If less than a thousand people die in a day, and less than fifty in Maryland, it feels like a good day. There are more and more of those days recently. It seems as if the first wave at least is slowly receding. That’s something.

So now that summer’s on the horizon, what’s ahead?

North has three weeks of middle school left. Promotion will be online. We’re going to watch it and have cake afterward to make it seem more festive. We received word recently that the eighth-graders’ community projects are cancelled, unless students want to carry on without institutional support. North’s school usually has a community service requirement that goes beyond the school district’s requirement. Eighth-graders design and implement their own projects. North and Zoë were sewing teddy bears to donate to patients at Children’s National Medical Center. Between North’s migraine, chronic pain, and the gender clinic, we spend a lot of time there, so the idea of giving back was appealing. Plus, the teddy bear is their symbol.

Well, I understand a lot of students’ projects are probably unworkable now and why even if North and Zoë wanted to continue with the project, a hospital might not want to accept homemade objects right now. Still, it seems sad and frustrating that in a time of such increased community need and when so many teenagers have nothing but free time, someone couldn’t have found a way to re-invent the community project and direct those kids’ energy toward something useful. But I guess since I didn’t step forward to organize it, I can’t complain.

North’s last camp (musical drama camp at the rec center) was also cancelled. They’ve gone to this camp every year since they were five, so it will be missed. The director is considering running her own private camp, outside and socially distanced, but I’m not sure about it. We’re waiting to see what conditions look like closer to July.

As for Noah, Ithaca announced it will start the fall semester six weeks late, in early October. The school says it will be a full school year, but they haven’t released a calendar yet, so we’re not sure how that will work. But we do know he’ll be home for another four months and change. He’s in the process of looking for a summer job, internship, or volunteer gig.

It’s going to be a strange summer, but we’re fortunate in this: we’re together and we’re healthy and the world still has goslings and flowers and strawberries and brave people who serve their country every day in hospitals and grocery stores and other places in ways recognized and unrecognized.