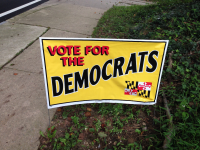 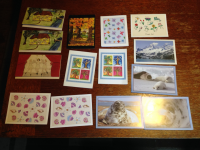 They say in Harlan County
There are no neutrals there.
You’ll either be a union man
Or a thug for J.H. Blair

From “Which Side Are You On,” by Florence Reece

We’re a few weeks into the school year, which means North’s activities are starting. They’re taking an acting class at the rec center, they have rehearsals for Peter and the Starcatcher starting next week and they’re going to try out for glee club at school. Rainbow Alliance should start meeting soon as well. They’re also involved in a program at the rec center for middle and high school students to write TED talks and they get weekly coaching on their speech, which is on the theme of assumptions.

Tuesday we went to Children’s National Medical Center for a meeting of their trans kids’ support group. We went for the first time in July and it was our first time back since then. (We were out of town during the August meeting.) The kids and parents meet separately. The middle school group is pretty small, consisting right now of North and two trans boys who are both in eighth grade. North seems to like it and it’s interesting to hear other parents talk about their experiences, although ours are often a little different because being non-binary presents different issues.

When it was over North asked what we talked about and Beth said, “Our kids. Did you talk about your parents?” North said yes, among other things. The group meets from five to six-thirty and I didn’t have anything started for dinner at home so we ate at the hospital cafeteria and then we went out for gelato, as it wasn’t a school night. (It was the night Yom Kippur began.)

Meanwhile, Noah’s working on getting materials together for his first college application. UMBC has a non-binding early action application deadline in a little over a month. It’s the only early application he’ll do as the others on his list only have binding early decision deadlines and he doesn’t have a clear front-runner. We went to tour the campus about two weeks ago. (The kids had the day off for Rosh Hashanah.) We’d been to their open house in August, but we couldn’t stay for the tour because North had a chorus camp concert that day. Nothing we saw on this tour really changed Noah’s mind about the school one way or the other, but I was glad we went so we wouldn’t wonder what we’d missed.

Last weekend we went to the Takoma Park Folk Festival. A few weeks ago when I mentioned that unless he goes to school close to home, it might be the last folk festival Noah attends with us, Beth told me I couldn’t get sentimental at every event all year because it’s the last one before Noah leaves for college. But still… we’ve gone almost every year since Noah was a toddler. When he was in preschool and elementary school he loved this festival and he always wanted a t-shirt so for a while we had quite a collection of them. (And I’m going to mention that as we left the festival, Beth and North were bemoaning the fact that Noah probably wouldn’t be there next year. So I’m not the only sentimental one.)

It was the same as it always is. We listened to a few bands and shopped at the craft booths, where North bought some bath salts and a bundle of sage for Xavier’s birthday (as well as some to keep) and we ate festival food (tofu burgers and plantains for the adults, fried rice or lo mein for the kids and ice cream for everyone). We visited Lesley at the booth for the kids’ preschool and she praised Noah’s work on the podcast and told us one of my former students from George Washington University (now in her thirties with a husband and a toddler) visited the booth and is considering the school because after she graduated from college she babysat for us for a long time and she remembered hearing us say good things about it. I had this student in two classes in the 2001-2002 school year and we still exchange Christmas cards. How’s that for a long-term recruitment plan?

The first band we saw was singing Hazel Dickens union songs. The audience skewed older and when we walked in, I wondered if the kids were going to find this boring. I remembered how when we’d seen Magpie perform (perhaps in the very same middle school gym) for a crowd of mostly middle-aged and elderly Takoma Park lefties seven years ago, North actually fell asleep in my lap. One reason I wanted to go to this session is that we know the lead singer. He’s the dad of a girl who has acted at Highwood and the rec center drama camp with North in quite a few shows. (She also attended the kids’ preschool in the year ahead of North. Why, yes, everything always does come back to that preschool.) I always appreciate it when people we know turn out for North’s performances and I like to pay it forward, and not just for kids.

I enjoyed the set and I even found myself unexpectedly moved when the whole room was enthusiastically singing “Which Side Are You On?” It made me want to make a difference and reminded me that I’d been meaning to get set up as a writer for Postcards to Voters, which is just what it sounds like, a campaign to get people to write get-out-the-vote messages on postcards to Democratic voters in districts with close races. My friend Megan (a mom from preschool, naturally) had posted about it on Facebook a few days earlier and it struck me as something I could easily do. Other than writing modest checks, I haven’t been very politically active recently and there is an election around the corner. But I’m not a natural organizer. The idea of calling people up on the phone or knocking on doors gives me hives, but writing postcards…Sure, I can do that.

So a few days later, I wrote a sample postcard, photographed it, submitted it, and committed to write fifteen postcards in three days. (You choose how many you want to do, from four to fifty at a shot.) Within forty minutes, I’d been approved as a postcard writer and I was sent fifteen addresses from the Cincinnati metro area. I went to the post office, bought some postcard stamps, came home and started writing postcards. While I was writing postcards North was (coincidentally) burning their bundle of sage in the fireplace in the same room. It felt as if we were both purging demons. The whole experience was very satisfying and I did another batch to people in the Anaheim area last night. If you’d like to do this, too, check out the Postcards for Voters web site.

The midterms are in less than seven weeks and they could make a real difference in the direction our country takes. I’m going to be writing postcards as often as I can between now and then because I know which side I’m on.