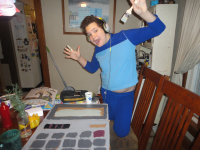 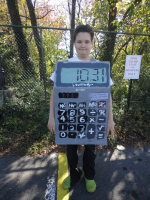 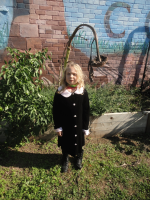 I have been having trouble keeping the Ship of Steph from running aground recently. This is only one small example, but on Sunday afternoon when I was walking home from my weekly swim at Piney Branch Pool, I ran into my dissertation director and her partner (maybe wife now—I don’t know), another English professor, who was also on my committee. They also live in Takoma Park, a town of approximately 18,000 people, but oddly, I never see them. In the fifteen years since I got my Ph.d, I’ve seen the partner/wife once in a coffee shop, and the dissertation director…never. We had a brief, awkward conversation that left me feeling awash in feelings of failure and shame over the wreck of my academic career. It wasn’t their fault really, and I may even have been unintentionally rude to them in my brusqueness, but clearly even after nine and a half years out of the classroom and seven and a half years after I gave up on finding academic work (5/11/07), I am not completely over this loss.

I told two friends about this encounter; the first one works at the Folger Institute. Our older kids went to preschool together and for a long time I envied her job. Non-university-affiliated jobs for a Shakespearian are few and far between, so it seemed to me she’d hit the jackpot. Just now, she’s frustrated to be doing more work on the website and less scholarship and teaching than she’d like, so it was a shift of perspective for me to know the job I’d envied her for years was not perfect. On the flip side, the other person I told, a stay-at-home mom/blogger/part-time graduate student in library science, told me she was jealous of my job, because I work at home, writing, and get paid for it. Again, more perspective.

Then on Monday evening, June had a migraine and Noah was struggling with some middle school social drama I probably shouldn’t detail here and I just felt so sorry for both of them and in Noah’s case, helpless to do anything for him.  I at least know what to do when June has a headache. (Give her painkiller and anti-nausea medicine, put her to bed, hold her while she sobs, hold the basin and her hair when the anti-nausea medicine fails to work, stay with her until she’s almost asleep, then leave.)

But my moodiness, June’s headaches, and Noah’s being thirteen aside, I do have a positive story to tell you. Here goes:

The Halloween parade and costume contest was Saturday afternoon. On Friday afternoon, I wasn’t even sure Noah was going to be in it. Noah takes this contest very seriously, especially after he won in the most original category when he was ten (dressed as a newspaper, 11/1/11) and again when he was twelve (dressed as a SmarTrip, 10/28/13). This year, between being busy with school, and possibly more importantly, paralyzed by his desire to top last year’s costume, he didn’t even have any ideas yet. He just kept saying, “What could be better than a SmarTrip?” and I kept telling him it didn’t have to be better, it just had to be half-decent, and achievable with the available materials and time. He gets fixated sometimes, on the way he thinks things should be and can’t move forward with the way they are. Where do you think he gets that particular character trait? It’s a mystery.

Meanwhile, June’s costume was all set. She’s going as the girl from the ghost story who wears a green ribbon around her neck and when she takes it off her head falls off.  The previous weekend we’d gone to Value Village to buy her an old-fashioned looking second-hand black velour dress and some lace-up black boots and Target to get black tights and Jo-Ann’s to get some green ribbon.  June wanted to add some fake blood dripping out from underneath the ribbon to complete the effect (on the big day Beth managed to get a soaking-through-the ribbon look).

While I was waiting for the kids to come home from school Friday, I was thinking about the Halloween I was ten or so and dressed as a stick of Wrigley’s gum—a costume made of crepe paper and aluminum foil, which ripped almost as soon as I set out. I came home in tears and my mom thought for a few moments, and then left and came back with a rain slicker, an umbrella and a container of Morton’s salt. “You’re the Morton’s salt girl,” she said and Halloween was salvaged. I was thinking Noah might need a similar maternal miracle and wishing I could provide it.

But a little while after Noah came home, inspiration struck. He wanted to be a calculator. This seemed like a good idea. We had some large cardboard boxes he could cut up for a front and back panel. All he would need was some paint.  We called Beth and she offered to pick some up at the hardware store on the way home. In the meanwhile, he printed an image of a calculator, superimposed a grid on it, and then with June’s help, drew a grid on his cardboard. Next he sketched out the buttons, the display panel, etc. There are a lot of nice details, but my favorite is the number the calculator was displaying: 10.31.

By the time he went to bed the first coat of paint (dark gray, the background color) was applied.  It needed to dry before he could add other colors. In the morning he did a second coat and then did homework while that coat dried, and in the early afternoon, he applied the third and final coat.

He wasn’t ready yet when it was time to leave at one, so Beth drove June and me to the parade staging ground, where carnival games were in progress. The games were a new part of the festivities so it wasn’t clear when the contest and parade would start. Luckily, they went on long enough so that when Noah arrived around two, there was enough time to spare to watch his sister throw a ball at a pyramid of cans, and for them to stick their hands in boxes to feel “eyes” (grapes), “veins,” (spaghetti), etc. The jelly “guts” were so sticky when Noah put his hand in the “teeth” (dried beans) bin his hand came out with beans stuck all over it.

When it was time for the contestants to gather under the banners with their ages, June and I went to the seven and eight year old area and Noah and Beth went to teens and adults. We met up there with June’s friend Maggie, who was dressed as a leopard queen. She was wearing more leopard print items than I could count and a small tiara. Her face was masterfully painted as well. Noah wanted to know if she was queen of the leopards or a queen who just happened to be a leopard but we never got a straight answer. One of the judges asked June her name, which is a sign you are under consideration. I think this was the first year she’s been asked. The judge took Maggie’s name, too. (Last year Maggie won scariest for her zombie princess costume.)

While we were waiting to start marching June and I heard one of her peers say, “Daddy, I saw someone dressed as a calculator,” and I thought I saw a flash of annoyance cross June’s face, as if she was thinking, really, here in my area?

We walked with Maggie and her dad the rest of the route and met up with Beth and Noah at the end. Beth reported the judges had taken Noah’s name, too. A local band (one of Noah’s favorites, was playing while people milled around and waited for the contest results.

This was the first year the parade has been held in middle of the afternoon.  In the past it’s always been at dusk, which is spookier. We were all a little cranky about that, except June because it meant the parade didn’t conflict with her friend Claire’s Halloween party this year so she could attend both. Another advantage was that it was not freezing cold like last year. In fact, it was quite warm. June was actually hot in her black velour dress.

Finally the band took a rest while they announced contest results. A baby dressed as Ruth Bader Ginsburg won a prize, as did a preschooler dressed as a forest fire. In June’s age group, the leopard queen won most original (or maybe it was funniest) and scariest, the category June has decided is her goal, went to a Day of the Dead-style sugar skull.  June was very gracious, clapping for everyone who won and running over to offer her congratulations to Maggie.

Before they moved on to the nine-to-twelve group, the band played another song, as we waited rather impatiently.  When it was time to announce most original the announcer discovered the name was missing and said he’d come back to it.  I was hoping it would be Keira, a fourth grader from our bus stop who was dressed as a person tied to a rocket, with stuffed jeans-clad legs emerging from her waist as her real legs were hidden under the rocket’s flames. She won last year for her picnic table costume.

Teen to adult was next and when they announced the winners, Noah won for most original. June clapped and congratulated him. She has matured a lot since Noah first won a costume contest prize and she was jealous as could be, like a caricature of jealousy, really. Even so, we reminded her that Noah was ten and had worn a lot of very original costumes before his winning streak (three out of the past four years) started, so she shouldn’t be discouraged. The winner for most original in the nine-to-twelve group was finally confirmed and sure enough, it was the girl on the rocket.

We hung around to see who won the group costumes. Most original went to the family of one of June’s friends. They were dressed as a campsite (tent, can of bug spray, campfire, and s’more). Once we’d heard all the results, I bought Noah a Grandsons CD as a keepsake and we went to CVS to buy candy corn to eat during our next activity: pumpkin carving.

Later, while June attended Claire’s party, Beth, Noah and I ate Chinese takeout and I read him the first chapter of The Haunting of Hill House, one of my very favorite horror novels. It was a pleasant evening, one I will try to remember when I forget things don’t have to be perfect, just half-decent, and achievable with what’s available.