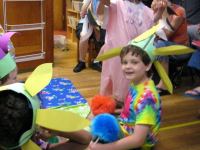 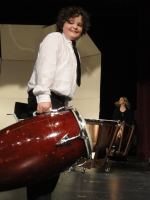 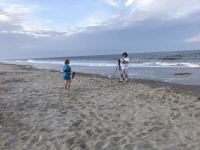 Noah was eighteen when covid cut short his first year of college. He turned nineteen and twenty at home. Today he turns twenty-one at school. This was his first birthday I haven’t spent with him and the idea of that felt very strange indeed. I mentioned this to my mother a couple weeks ago and she said it would be “the first of many.” That’s probably true. I was at college for birthdays nineteen through twenty-two and the only birthday in my adult life I remember spending with her was in 2008, when I turned forty-one and we visited her and my stepfather over Mother’s Day weekend.

My birthday is eight days after Noah’s and just a few days before he’s coming home for the summer so we’d agreed to share a birthday cake to be eaten on his return. As his birthday neared, though, I found I couldn’t bear the idea of him having no festive pastry on the actual day, so I ordered four cupcakes—chocolate, vanilla, red velvet, and carrot—from a local bakery to be delivered to his apartment.

We had his presents mailed to him. North got him a camera microphone filter, the purpose of which, I think, is to block out extraneous noise when you’re filming, but I wouldn’t bet any significant sum of money on that. Anyway, it was on his list and it was in North’s price range. Beth and I got him another microphone (also from his list) and a purple long-sleeved, tie-dyed t-shirt. Tie-dyed shirts have been part of his look since he was little and he still wears them, even though in general he now favors more muted colors than he did as a little boy, so I went with a dark purple rather than something multicolored. I wanted to buy him some books, but he has a sizable pile left from Christmas waiting in his room for him and we still don’t know how long a summer break he’s going to have. He intends to study abroad this fall and possibly part of the summer, too, probably in Australia, but last I heard he was also considering Scotland. (My mom did get him a book about color symbolism in film, so he won’t run out of reading material.)

His semester is winding up, with not quite two weeks to go. He eventually found two actors to appear in his film, so he cut the third character out of the script and filmed about a week and a half ago. He says the shoot went well. For his junior project, he’s been making an app that you can use while you are filming to mark what you think are good takes so they are easier to find when you’re editing. He says that’s coming along well, too.

His band concert was Saturday afternoon. Beth and I watched it online like we did last semester. As a percussionist he always plays a lot of different instruments but in this concert it seemed like even more than usual. He played chimes, timpani, snare drum, a taiko tire drum, suspended cymbals, bowed vibraphone (or tried to—the pedal broke), bass drums, and congas. It made me wish we had a better view because at his last concert in December, the camera zoomed in and out and there were a lot of close ups of people playing, which didn’t happen this time and of course, he was in the back. But it was still fun to see him play. I always enjoy that. I have since he was nine.

I was actually thinking as I watched it was good the three masked percussionists were in the back row because they were behind, rather than in front of all those wind and brass instruments blowing air out toward the audience. (Audience members were asked to mask even though Ithaca’s been mask-optional since March, possibly for this reason.)

Sunday afternoon I passed by a Starbucks while out for a walk and I got birthday cake pop to save for today because I also wanted a little cake, if just a couple bites, to mark the actual day my son was born. And yesterday I made fried tofu with peanut sauce because we often have Thai food on or near his birthday because Beth and I ate dinner at a Thai restaurant the night before he was born.

I miss him today, of course, but I’m happy he had an uninterrupted year of college, after the rules changed on everyone so suddenly and for so long. He’s free to run now, all the way to Australia, or wherever his travels take him. I hope wherever he goes he’ll wear his purple shirt, and make movies, and maybe even some music.

In the Midst of Life We Are in Death

Even as we celebrate twenty-one years of Noah’s life, we also mark a death. On Friday my mother and sister and many members of my extended family attended a memorial service in Nampa, Idaho for my aunt Diane, who died in January. The church where it was held streamed it so I watched online. Diane was seventy-five. She was my mother’s younger sister, the third of five siblings, and the first to die. She was a pastor’s daughter and a pastor’s wife, a teacher, and an elementary school counselor. She had three children, my cousins Heather, Holly, and Jeremy, four grandchildren, and two great grandchildren. In a politically divided family, she was known as the peacemaker. In her later years she suffered from Lewy Body dementia. I last saw Diane at my stepfather’s memorial service five years ago, but the last time I spent time with her in a smaller, more intimate group was in April 2008 when she and my aunt Peggy and my uncle Darryl visited my mother and stepfather in Philadelphia and we all met up in Baltimore.